Thanks to Kate Dudding for assembling the following article list. She collects articles on a variety of topics. Go directly to Storytelling – It’s News! by clicking on this link.

“A big part of a CEO’s job is to motivate people to reach certain goals. To do that, he or she must engage their emotions, and the key to their hearts is story.”
— Robert McKee, Harvard Business Review, June 2003

The articles below describe various uses of storytelling and business, 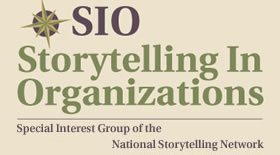