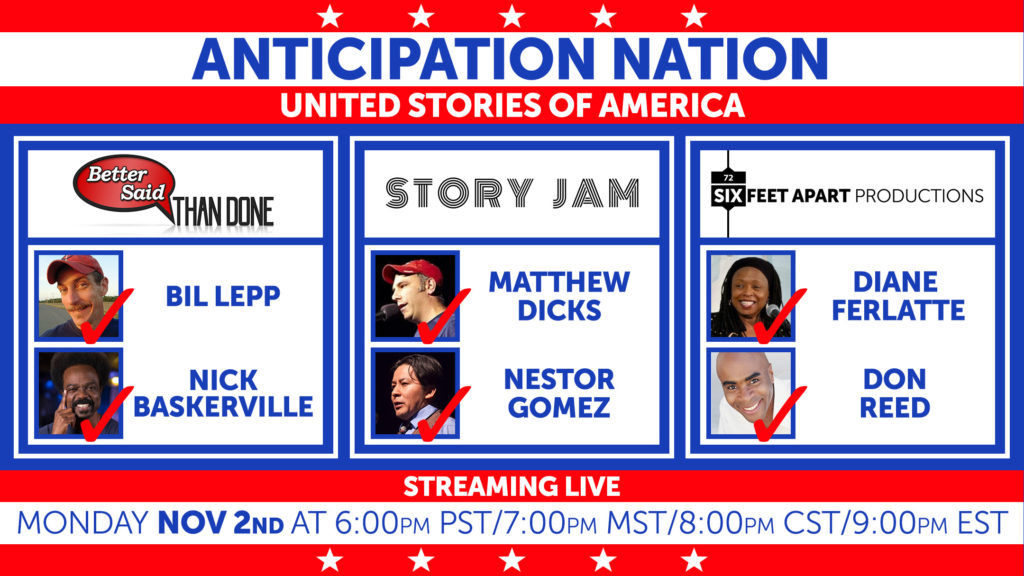 Join six storytellers in three time zones as they unite us with tales of civic pride, civic duty, the right to vote, debates, decisions and democracy in action! Blue states, red states, donkeys, elephants, Coke, Pepsi...the one thing we can all agree on is the patriotic pleasure of hearing a great story!

Brought to you by Better Said Than Done, Story Jam, and Six Feet Apart Productions!

Suggested contribution is $15, but you can pay-what-you-can. Proceeds split among storytellers.
Tickets at:
https://tinyurl.com/AntNationNov2