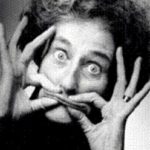 The Nancy Duncan Scholarship is to be given every year to an individual who has the desire to network with others as well as attend workshops related to producing and organizing storytelling events during the National Storytelling Summit. The value of the scholarship is $500. 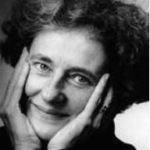 Storyteller Nancy Duncan was born in Indiana, reared in Illinois and Georgia, and went to Iowa City, Iowa, in 1958 on a scholarship to the Writer’s Workshop, where she met and married printer Harry Duncan. The Duncans moved to Omaha in 1972, and Nancy became Associate Director of the Omaha Community Playhouse for three years, and then Executive Director of the Emmy Gifford Children’s Theater for ten years. In 1986 she founded her own company, Story Performances, later working full-time as a freelance storyteller. She was also Program Chair of Nebraska StoryArts, which produces the Nebraska Storytelling Festival. She was a member of the National Storytelling Network as well as its special interest group Producers and Organizers.

Nancy and Harry were awarded the Nebraska Arts Council Governor’s Arts Award in 1979. In 1996 Nancy was elected to the Iowa Gallery of Theatre Arts Professionals at the University of Iowa and in 1999 was awarded the Nebraska Humanities Council’s Sower Award for furthering understanding of the humanities in Nebraska. In 2002 Nancy received an Artist’s Fellowship of $2500 from the Nebraska Arts Council. Her story, “Losing & Getting,” about breast cancer, appears in The Healing Heart: Storytelling for Caring and Healthy Families (New Society Press, Allison Cox & David Albert, editors). She died on September 6, 2004.