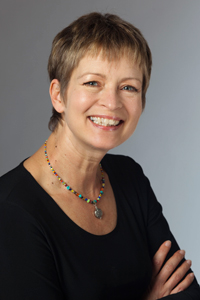 I spend most of my professional life in the classroom. Storytelling allows me to work with kids of all ages and skill levels, in a huge variety of settings, for a multitude of purposes. Each classroom offers its own set of challenges and potential rewards. Among the most challenging – and the most rewarding! – is the special needs classroom.

This week, in addition to working in Kindergarten, first grade, and fifth grade, I had three sessions with the kids with severe learning disabilities.  There were nine children in the group, ranging in age from seven to ten; their comprehension and linguistic skills ranged from ages two to six.  My assignment was to help them learn to predict, infer, and create stories with a beginning, middle and end.

I used  a variation of Cathy Ward’s wonderful lesson plan (“What Do You See? Visual Literacy and Story Structure”in Literacy Development in the Storytelling Classroom, Libraries Unlimited, 2009). We began by looking closely at a print of a Norman Rockwell painting — young boy sprawled in an overstuffed chair, blasting on a trumpet while his dog cringes below.  I explained that I find stories in books, and by listening to other people tell stories, and sometimes by looking at pictures, then I told the story I “saw” in the picture. Lots of laughs. Total engagement. Everybody in anticipatory mode, eager for whatever was going to happen next.

I explained that I created the story by thinking about what might have happened before the event in the picture, and then about what might happen next. This is inference and prediction, the essential comprehension skills with which these kids were struggling.

But they were ready to try.

The first session ended with all of the kids able to describe a picture (that’s the middle of the story), and predict a possible outcome (that’s the end). But nary a soul could infer what might have happened before the pictured event; they could not create a beginning for the story. To minimize frustration and to model the process, I told them the story I “saw” in the picture. Lots of laughs.

I went away to think.

The next day, they came in with eager anticipation. We began with the “picture” of me sitting in a chair in their classroom, then worked backwards step by step to the alarm clock awakening me that morning. We had inferred!  So… we did it again, moving backwards from a Norman Rockwell painting. Then again, creating beginning, middle, and end – an entire story – about still another painting.

Success! But would they retain the new-found skill?

On the third day – YES!! – they were each able to tell, then write, their own story with a beginning, middle, and end based on a Lee Stroncek print. The joy in that room was palpable – and only half of it was radiating from me! The other half was radiating from those triumphant kids, proudly reading their stories to their teachers and each other.

I spend most of my professional life in the classroom. It’s a wonderful life!

Sherry Norfolk is an award-winning internationally acclaimed storyteller and teaching artist, performing and leading residencies and professional development workshops nationally and internationally. Co-author of Literacy Development in the Storytelling Classroom (Libraries Unlimited, 2009), The Storytelling Classroom: Applications Across the Curriculum (Libraries Unlimited, 2006), and Social Studies in the Storytelling Classroom (Parkhurst Brothers Publishing, forthcoming 2012), she is a leading authority on integrating learning through storytelling. Sherry received the NSN Oracle Award for Distinguished National Service as well as Tennessee Arts Commission’s Outstanding Teaching Artist award. She is an Adjunct Professor in the Integrated Arts in Learning program at Lesley University.