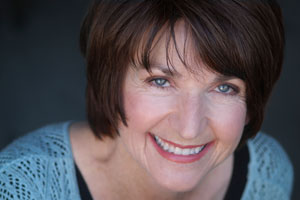 When I was growing up, and even in my college years, before I answered a question in a classroom, I pre-planned exactly what I was going to say and when I answered,  carefully followed the script in my head, little noting reactions of fellow class members.  There was a great deal of tension in the whole process. I admired deeply those people who could seemingly formulate words and meaning as they spoke– those who seemed thoroughly at ease and comfortable in the present moment.

When I discovered the world of theatre improvisation, I began to find answers. In improv, there is no time to be worried about what to say next, no time to be focused on personal issues,  and no time to be lost in past or future events.  Words and actions flow freely as a result of being thoroughly engaged in the present moment.  As a result,  a “flow state” is created.

Csikszentmihalyi (1990) describes this “flow state” as:
–a state of concentration or complete absorption with the activity at hand and the situation. It is a state in which people are so involved in an activity that nothing else seems to matter — a feeling of great absorption, engagement, fulfillment, and skill. The ego falls away. Time flies. Every action, movement, and thought follows inevitably from the previous one, like playing jazz. Your whole being is involved, and you’re using your skills to the utmost.

We know as storytellers that being in the present moment during performance is essential to the craft.   It is also indispensable in the creation process.  Improvisation is a terrific tool for  creating  the “flow state” necessary for both performance and  as a prelude to originating creative, inspired work.

Many people think improvisation can only be done in a group setting, but this is not so.

Before a performance or before originating a story piece, the following are a few improvisation techniques done alone which will create the “flow” state.

one high voice, one low
one fast voice, one slow
one angry, one scared
one authoritative, one meek

(These exercises are adapted from Mick Napier’s wonderful book: Improvise. Scene from the Inside Out, 2004).

Just as story is the SEED OF CREATIVITY, so is the CREATIVE SPIRIT the seed of story. Improvisation is a wonderful way to access the inventive, present moment sensibilities essential for both performing and producing creative work.

Making meaning through story and theatre activities has been Karla’s life work. Before turning to freelance storytelling and drama specialist work, Karla spent over 25 years on the faculties of four universities teaching storytelling, drama education, public speaking and interpersonal communication. She has provided residencies, workshops, teacher in-services  and conference presentations at state, national, and international venues.

2 thoughts on “Accessing the Creative Spirit through Professional Improv Techniques”