Is it possible that a war can make stories disappear? Is it possible that adults can force themselves to forget that there was a time when storytelling belonged to their family, to their ancestors, to their neighbors, far from books and literature, a way of telling that was close and warm and transmitted from person to person over generations and across cultures?

Fascism in Europe, and especially Nazism in Germany, killed, in a way, a healthy connection between the person and the stories. Those in power misused symbols, local and international myths and folktales to serve an ideology of hate and terror. This broke something in the soul. A reaction to this was to forget our stories.

At the end of the 19th century, the Nordic myths were very popular in Germany. Later on, Nazism transformed these myths in order to make them compatible with the Aryan ideology: to prove that the origin of the Aryan was both in Scandinavian countries and in Germany. Meanwhile the interest in Greek mythology was still alive because the origin of the Aryan was not geographical any more but “cultural”. Heroes and gods, lost or mystical lands like Atlantis, Thule or Hyperborea and old pagan rituals like Yule in Germany, or neo-pagan solar-solstice festivals, were misused to support a terrifying ideology. After the end of the war, there were still people fascinated by the “creation myths” fashioned by the Nazis, who also added other symbols from the Hindu tales of India.

The racist “white power” or “white supremacist” movement still misuses tales and Nordic stories in order to make all the heroes members of the “white race”. I was horrified when I found this still happening on a website in America. After the terrible mass shooting in Norway by Anders Behring Breivik in 2011, I read information about a book defending similar ideas that was sold on Amazon. I checked it out. I found the book and wondered how could it be possible to find such a book on Amazon? Who was editing this kind of book? I looked for the editor on the web and it happened to be a “white supremacist” man leading a movement. Under different homepages and chapters, he developed this racist ideology based on a lot of information and documents: using archaeology, history, sciences and tales to educate your children.

Our old stories must not be used to spread racism!

A part of my contribution as a storyteller is to heal and help others to reconnect to our past, before the second world war and even the first world war, because it is part of our world heritage and because it is a powerful way to fight against prejudice and racism.

Let’s come back to Germany as an example. I have been living here for ten years and I’ve been working as a cross-cultural trainer. I started to tell stories four years ago because I could not find storytellers telling to adults. In France I was used to going to festival or cafés where storytellers would come and tell tales that we would all enjoy. But in Berlin I could not find any storytellers telling in public spaces for adults. I missed it. There were mainly “Märchen” or fairy tales for children told in schools or during events like the middle-ages markets. For adults you could find lectures. Lectures were interesting but often too cold for me. I wanted people to be touched in public venues in the city (bars, parks, cafés, gardens…) to smile, cry and laugh and think together and to receive stories for nourishing their life and their souls, even when among people they may not know.

Nazism’s use of folk music, symbols and tales twisted their meanings in a way that made it impossible afterwards to sing or enjoy them in the same way. When stories and storytellers are no longer part of their daily experiences, then people can also forget the beautiful and incredible language connected to it. When I tell in German, I bring back an open and welcoming space for sharing stories and the connection to the old, happy, deep, serious and colourful language of tales.

Despite the fact that many people were born a long time after the Second World War, they are still carrying a heavy weight in their soul, a vast suffering for all that occurred. This can sometimes lead to extremely low self-confidence. Hearing stories from all over the world in German, while told with a French accent, helps people enjoy their own and other’s languages. Sometimes people tell me after listening that they recalled some phrases that they used to enjoy. They also remember when they used to listen to stories as children a long, long, time ago. Audience members often tell me they didn’t know storytelling was for adults. I usually tell them that “Stories are not the world of childhood, they are the childhood of the World.”

Once story and reality met in a Japanese garden in Germany as I was telling stories. I looked at the audience and was inspired, and told the following story:

Once there was a woman whose husband went off to fight in a war and was gone for many years. She was expecting his return with hope. When he came back after the war, she was thankful and full of love, but he was not able to talk to her any more. His eyes were empty. He could not share his feelings, and when emotions and nightmares were too strong he used to leave home and to disappear for days. She didn’t know what to do. Desperate, she went to seek help of an old wise woman on the other side of the village. The Wise One smiled and said she could help. As the light of the fire danced in her room, the Wise One said to the wife that she must take a journey that would be very difficult and long.

“You must look for a place that has no name, very far away, and there you will find a wild animal that no one has ever seen. Bring me back three hairs from his fur” she said. 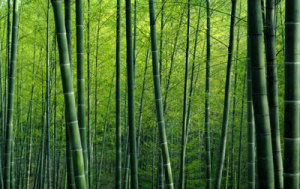 The wife was no longer sad and now prepared herself for the long journey. She left the next day before the sun rose and walked. She walked all day long and ate some fruit. She slept and walked further. She stumbled on rocks. She ate leaves and grass. She slept and walked further. Trees were snagging her hair. On her way she was whispering a song to keep her warm. When she reached the forest, it was so dark that she could not see any more. All she could do was to follow what she heard. There were frightening noises as well as birds singing. She slept against a tree and ate roots.

After several days in the dark forest she heard a new noise and she knew the wild animal was very near. She could feel him. She had gathered food on the way for him. She gave him something to eat and then she hid. Each day she gave him food and she hid. Each day she came closer. She got used to him and as the fear lessened, she knew it was time to ask him for his hairs. She brought the food and she waited. She heard noises and she felt him approaching. She didn’t move but she was shaking. She felt how powerful he was. She stood. He stood as well in front of her. He was very close and she could feel his breath. She told her story and asked him if he could give her three hairs. Though she was shaking with fear, she felt that her heart was calming down as he stood for a while quietly next to her. He came so close that she could feel the softness of his fur. She touched him gently, felt more confident and took three hairs. Then he disappeared.

She sang her song again to celebrate this moment as she tried to get out of the forest and find her way back home. Slept and walked. Walked and slept. It took her a long time to get back to the village. She went to the old wise woman. She was proud and tired. The old wise woman said nothing, but she took the hairs and threw them into the fire and looked satisfied.

The wife was so surprised, that she was immediately angry and sad and tears fell from her eyes, “Why?

At the end of the story an elder woman in tears came to me and said, “This is exactly the story I needed.

I then looked at the audience and realised that there were only old women there. Most of them had experienced war in Europe as young women or children and had to live in a society that had been through this most terrible time.

Even years later, stories can still heal the soul of a people.

It is our duty as storytellers to free tales from ideologies of hatred by bringing them back to the playground of our imagination and soul. 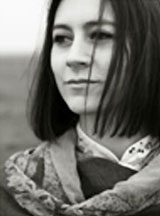 Margaux Richet, a cross-cultural trainer, facilitator, moderator and storyteller, has been working in Berlin for 10 years and collaborating on projects in France, Germany, Portugal, England, Serbia, Bosnia, Macedonia, Ghana or Algeria on topics of prejudices, racism, history and memory, social and political awareness or cultural diversity. Spending a part of her childhood in Nigeria and South Korea influenced her approach to cultures and languages. In 2015, Richet will train at the Germany’s Goldmund school for storytellers on storytelling and sensuality, cross-cultural competences, body memory, telling in different languages, choosing precisely stories to balance the News and battle stereotypes. www.margauxinterkulturel.com,

Here are story resources from Asia that inspired my telling:

“The Crescent Moon Bear” in Women Who Run With the Wolves by Clarissa Pinkola Estes.

The Tiger’s Whisker and Other Tales and Legends from Asia and the Pacific, by Harold Courlander (Harcourt, Brace and Company: New York, 1959) pp. 16-19.