In Southeast Asian Americans’ schools, the stories they heard from their parents and grandparents growing up were almost never noted in their history textbooks.

The experiences of Southeast Asian communities are often forgotten,  particularly the history of the Vietnam War.

“It seemed like, growing up, all of these stories that I heard were just something that was far off in a distant land, across the ocean and back in our home country,” said Tigana Le, a recent graduate of the University of Minnesota. “Seldom did I think growing up that this history was only just recent. It was only like 45, 50 years ago. This is also not just the history of my parents but also me as a Vietnamese-American.” 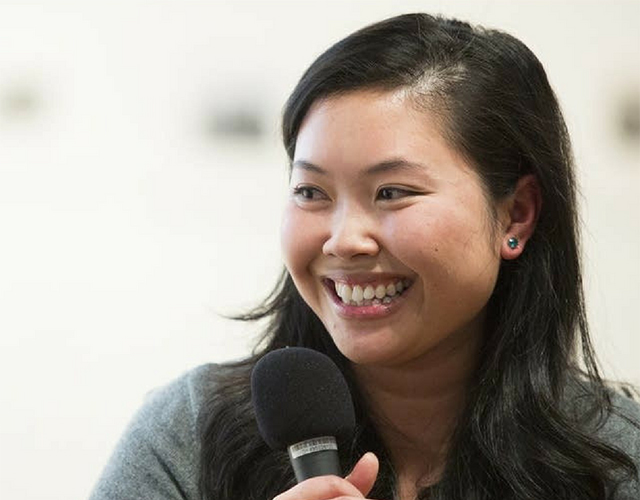 Chanida Phaengdara Potter, the founding executive director of The SEAD Project: “It’s necessary that we use (and) that we have storytelling because it speaks to the social fabric of who we are as a people.”

The Southeast Asian Diaspora (SEAD) Project, based in north Minneapolis, is working to change that through storytelling. The organization’s project of “Recovering Stories and Planting Possibilities” uses storytelling as a tool to spark conversations, reclaim historically invisible histories and connect the past to today’s issues within the Southeast Asian community.

After a yearlong process of collecting stories from two generations of community members, 20 short stories from the perspectives of veterans, scholars, activists, medics, mothers and young people who lived through French colonialism, wars in Southeast Asia and resettlement in Minnesota were collected in “Planting SEADS: Southeast Asian Diaspora Stories” by Phaengdara Potter, Pheng Thao, mk nguyen, and Narate Judie Keys.

“It was really important that we were also bringing out voices within these communities that weren’t voices that you would typically hear when you talk about war in memory,” said Thao. “This book is really about celebrating the resilience and the strength and tenacities of our communities.”