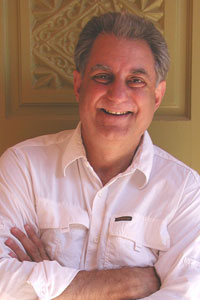 To the logical, pragmatic, no-nonsense, Type-A personality that I am, the concept of appreciations in storytelling was initially lost on me.

Appreciations felt like a “nicey-nicey-fluff-give-them-positive-first-but-doesn’t-help-teach-them-or-move-them-to-change” process. Why not just tell them what they need to change? I would silently think, “Enough of this touchy-feely stuff. Give them meat to chew on!”

My first storytelling teacher, Doug Bland, at South Mountain Community College Storytelling Institute in Phoenix, kept giving people appreciations in class, no suggestions or critiques, just appreciations. And he really meant it too, it wasn’t just lip service. I thought, this was OK for the first few weeks of class, but when was he going to get to “telling people how they need to change and improve”? As the weeks went on, I was still skeptical, but I began to try to follow Doug’s lead. I was quite surprised to find that it was easy to find something to appreciate about every telling.

Then I attended a workshop with Doug Lipman, the Storytellers’ Coach. He spoke of how his father gave him constant praise, even for the smallest things, from birth, and throughout his life. It made me think of my own father, who could pick out the one, single mistake I had made in any situation. It made me think about my eighth-grade teacher who embarrassed me in front of the whole class with his condemning critique of a book report I had written. It made me think of how I critique both others…and myself.

A small part of me, the therapist, the mediator, began to understand appreciations, at least on a psychological level. Reinforcing positive behavior helps people repeat that positive behavior. I began to make a change. I tried to “give praise and appreciations” wherever I could. I was conscious of really looking for the positive aspects of what I saw, and letting people know what I appreciated about what they had done.

Then I met Anthony. Anthony was a cherub-faced sixth grader at a school I visited to tell stories and talk about storytelling and hear the kids telling stories. Anthony eagerly raised his hand and volunteered to be the first to tell his story. He was a little nervous, but told a good story. He paced back and forth, had lots of “ums” and “uhs”, he didn’t always face forward and look at his audience. As he was telling, it hit me like a ton of bricks: Anthony was me!

Yes, I did see myself in that eleven year-old boy; eager, creative, excited, longing for acknowledgment and praise. I thought, how can I say anything negative about his telling? What good would that accomplish? I felt that even giving him one, tiny “constructive suggestion” might bruise his young ego and only send him into a labyrinth of self-doubt. And then the second wave came over me. Are our adult egos any less fragile than Anthony’s? I think not.

It was then that I began to understand appreciations on an emotional level. There have been adult students and colleagues who have asked, “Just tell me the bad things.” I, myself have even said that in the past. And yet, behind the bravado that purports to be strong and only wants a critique, stands a delicate ego, deeply longing for praise and acceptance.

So the next time that you hear someone tell, young, old or in between, I hope you see Anthony…and then yourself…and then give some appreciations.

©Mark Goldman – reprinted from a 3/13/12 article on www.StorytellerMark.com