She was a weed of a girl – tough, spindly and spiky. Yet there was something terribly fragile about her too – the downcast eyes, waif-like expression, and the alarming gauntness of her body. Her short-cropped red hair and featureless body made it difficult to tell whether she was a young girl or boy.

Diana (not her real name) was the newest resident to be put on my case load. I was a child care worker, fresh from college, and now the only male counsellor at a residential treatment centre for adolescent women. My job was to meet regularly with the girls, offer counselling, and encourage their well-being. Most of them had experienced abuse of one sort or another.

Diana had suffered terribly for most of her fourteen years – verbal, emotional, physical and sexual abuse at the hands of her father. In recent years, she had tried starving herself, becoming severely anorexic, and following a recent suicide attempt, she had been hospitalised. Although still considered a suicide risk, she was placed in our care, with the hope that she might recover in our residential programme.

For weeks our counselling sessions were mostly silent affairs. I’d ask questions, invite her to engage in some light conversation but mostly we’d sit in silence, Diana mute and scrunched up at the end of the sofa with a blanket wrapped tightly around her. The most I could hope for was that I might provide a safe enough space for her to relax and open up.

I would wait a long time, but one day something happened. Out of the silence, Diana began to speak, quietly and without making eye contact. She began to tell me her story. Now I was the silent one.

I was afraid to speak for fear of interrupting the flow of Diana’s story. Although initially hesitant and broken, her voice gained strength, her words spilling into the room. I felt speechless in the wake of the details of her story. Although I’d read accounts of abuse and heard some of the girls share bits of their stories in our weekly group therapy sessions, nothing could prepare me for Diana’s nightmare. I sat there on the verge of tears, feeling sick, angry, helpless, and ashamed for what a man—a father—could do to his daughter.

Suddenly, I was aware our hour together was coming to a close. Diana had exhausted herself and retreated into her shell once again, pulling the blanket ever more tightly around her. I felt compelled to offer her something, some soothing advice; afterall, I thought, I was the counsellor. But I couldn’t think of anything that would begin to help. Nothing in my counselling textbooks or training seemed relevant. Then out of nowhere an image came to mind – the image of a dandelion. 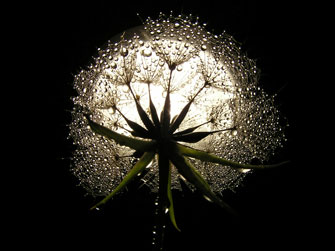 I told of a little seed deep down in the dark earth and how it began to wriggle about in the darkness. All it knew was that it had to find the light. Down went its roots searching for moisture; up went its head searching for a little space and the slightest hint of light. But rocks and hard earth blocked its way. Turning this way and that, it kept searching, finding a drop of moisture here, a small crevice there. The dandelion (for that was what it was) struggled upward.

Then just when it thought it might succeed, it bumped its head on the hard underside of the concrete that men had laid down on the earth above. There didn’t seem to be any hope of finding the light. Yet Dandelion didn’t give up. She kept moving, twisting and turning, finding a little space to grow and push.

That was the end of my story. Our time was up. Diana rose from the sofa without any comment and left the room.

To make a long story short, I eventually left the centre to return to university and take up an academic career, which eventually took me overseas. Diana remained at the centre and continued with her recovery.

One day, while on a return visit to my hometown and family, I was out shopping. Just as I was leaving the store, a voice called my name. I turned to see a radiant, red-haired woman smiling and waving at me. I didn’t recognise her. She approached and introduced herself. It was Diana. Now in her 30s, she looked such a confident, joyful woman. We exchanged details of our lives. She had finished school, gone to University, gotten a social work degree and was now the Director of the local women’s shelter. I was amazed at the transformation and so proud of her.

As we prepared to part, she became silent for a moment, then looked up at me with such soulful eyes. “Michael,” she began, “do you remember the story you told me?”

Nothing came to mind. “I’m sorry,” I smiled, “I think I told a lot of stories in those days. I was known for being a bit of a storyteller.”

“Well,” she laughed, “you told me a story about a Dandelion and I’ve never forgotten it. In fact, I thought about it a lot back then. It really helped me.”

It all came flooding back. The Dandelion. The story that had come from nowhere in a moment of desperation.

“I don’t know where that story came from,” I admitted, “I just sort of made it up. I didn’t know what else to do or say to you.”

Diana explained to me how important the story had become to her and confessed, laughingly, that she had used the story many times with her own clients.

“I guess the story found us just at the right time,” I said.

Then, Diana paused again, and said, “There’s another thing too . . . that day we met . . . when I told you my story . . . that was the first time anyone had listened to the entire story from beginning to end without stopping me or trying to fix me or telling me that everything was going to be okay.”

Diana went on to explain how when she had tried to tell her mother about the abuse, she had interrupted and told Diana not to tell anyone for fear of bringing shame on the family and then went on giving her false promises that the abuse would stop. At school, she had summoned up the courage to tell a teacher, but the teacher too interrupted advising her to tell her mother. And later, when she went into care, her story had been interrupted by the social worker who tried to reassure Diana that everything would be okay now. No one had allowed Diana to tell her story. “You were the first person,” she said, “who simply sat and listened to the story from beginning to end.”

Diana taught me three very important things that day – firstly, that there is no greater agony than bearing an untold story (as the poet Maya Angelou has also recognised); secondly, that a person’s story needs to be heard from beginning to end without interruption, without the listener’s need to give false hope, to fix, or to reassure; and finally, Diana taught me never to underestimate the power of a humble story, a story that comes when and where you least expect it, like a Dandelion emerging through concrete to blossom, have its moment in the light and warmth of the morning sun, and to pass on its indomitable spirit to us. 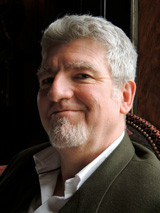 MICHAEL WILLIAMS is a professional storyteller, story coach and narrative consultant who helps people create stories that can change their world. A former child care worker and teacher, Michael now works as a full-time storyteller and coach offering training and workshops. He is the co-editor of “Therapeutic Storytelling” for the All Things Healing online community (allthingshealing.com) and the co-founder and facilitator of the “Narrative Approach to Transformational Leadership” programme for the Aberdeen Leadership Forum in Scotland where he’s lived for the past twenty-five years. In 2009 he was invited to the Holy Land to work with Arabs and Jews, using storytelling as a way of encouraging dialogue and mutual understanding. In 2010 he was appointed Storyteller-in-Residence at a community art gallery in Prince Edward Island, Canada and the following year he was included in the Voices in Scotland double CD of storytelling and music. More recently, his film Our Story (co-produced with Paul Maguire) was a finalist in the British Awards for Storytelling Excellence. Although based in Scotland, Michael has worked throughout the UK, in Europe, Israel and Palestine, and Canada. He’s the father of three sons and grandfather too and currently lives in Edinburgh.