What’s the story behind the Office of Storytelling?

On March 21, Mayor Michael Hancock launched Denver’s Office of Storytelling, headed by the city’s new Chief Storyteller, who just happens to be a former Hancock aide. The move comes in the middle of election season, when a handful of challengers are blasting Hancock for being out of touch with the city and its residents.

So when advertisements for fulltime storyteller positions were published a few months ago, they raised eyebrows. Would this be a taxpayer-funded office designed to polish PR for Denver, and so its current mayor?

Not according to Chief Storyteller Rowena Alegría, Hancock’s onetime communications director who’s the architect of the Office of Storytelling that she now heads. She says the idea was inspired by the Mayor’s Race and Justice tour and Denver Talks, “where more than 66 conversations with residents helped me to see first-hand the community stories that weren’t being told,” Alegría explains. the Office of Storytelling is based in the city’s Human Rights and Community Partnerships agency, and its budget came from the city’s general fund.

In designing the project, Alegría, who once worked for the Denver Post and has been with the city since 2012, found inspiration in the story of Detroit’s Chief Storyteller, Aaron Foley, who was hired by that city to spruce up its image in the face of constant scrutiny from the press. 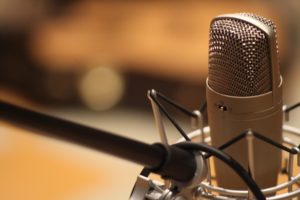 Alegría also looked toward Humans of New York, a trendy photo and oral storytelling project chronicling the lives of New Yorkers. That project excels by focusing on people, not politics or policy, something she says journalists do too rarely.

Alegria and other city officials rolled out the office and its first campaign, I Am Denver, on March 21 at the McNichols Building. “Today, Mayor Michael B. Hancock and several community partners launched I Am Denver, a citywide multimedia storytelling project that engages community, gives voice to underrepresented residents, and captures Denver’s yesterday and today for tomorrow,” the announcement proclaimed.

I Am Denver will use video, podcasts and writing workshops to chronicle the stories of everyday Denverites. At the opening, officials handed out a documentary comic by Westword contributor Karl Christian Krumpholz, created after he interviewed around twenty homeless people for Denver Smart City, a division of the city geared toward using technology in people-first urban planning.

What does a comic book have to do with all that? It helps the city gather stories and shape policy based on lived experiences, explains Emily Silverman, project manager of Smart Cities.

Initial drafts of Krumpholz’s comic were characteristically dark, the kind of stuff people experiencing homelessness share and fans of his work would expect. The city turned down those drafts, nudging him toward a subject whose story was more hopeful.

That won’t be the general strategy of I Am Denver, explains Alegría, who says that her storytelling team won’t shy away from people who are critical of the city. All perspectives are welcome, she adds, and her team of three multimedia journalists will maintain high journalism ethics. Still, all the pieces will be “curated,” she notes.

The rollout at McNichols didn’t bode particularly well for robust storytelling, curated or not.

In a promo spot for I Am Denver, dozens of people shared snippets of their stories. Some championed the Northside over Highland, decried gentrification and alluded to other tough issues facing the city — but the piece was a montage, nothing deep. 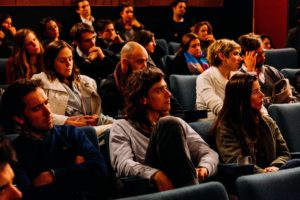 At the announcement of I Am Denver, a woman whose family had lived through the Japanese internment camps stood on the McNichols stage and talked about the power of recording her story. It sounds promising, but no video was shown: Alegría says the footage isn’t polished enough.

Instead, we watched an oral history from none other than Hancock himself.

But first, Hancock made an in-person appearance. His opening remarks about the project centered on the flap in late November 2017 when Ink Coffee placed a sign outside its Five Points store proclaiming, “Happily gentrifying the neighborhood since 2014.” He spoke about gentrification around the city and how seriously he takes citizens’ concerns. “Denver is a dynamic place, with a rich history driven by vibrant people,” he told the group assembled for the announcement. “I Am Denver is about seeking out that history and those stories to honor their yesterday and celebrate their today, so when our children and grandchildren look back in years to come, they’ll understand where they came from and upon whose shoulders they stand.”

In his I Am Denver video, the mayor talks about civil rights, desegregation of the schools and what he learned as a student at Manual High School. The Office of Storytelling shot the piece in his old high school library.

While the well-produced video does tell the story of Denver native Michael Hancock, it doesn’t exactly convey that the Office of Storytelling will be chronicling the lives of everyday people. In fact, it looks like it could be a campaign piece for Hancock’s run at a third mayoral term.

The team discussed possible political blowback from Hancock’s I Am Denver contribution, Alegria says, but they decided to show it at the kickoff because it was one of just a few finished pilot projects. And also, he’s a pro.

Hancock’s story was followed by the video of a spoken-word poem, “A Denver Wish for Equitable Bliss,” by Kim Vetter, a management consultant and dance and yoga instructor. In it, she employs the aesthetic of radical poetry so often used to criticize politicians who lavish praise on rapidly developing Denver. It’s saccharine, sing-song poetry with street slang thrown in for authenticity’s sake.

Two kids sitting in the crowd barely suppressed their giggles as they watched. Others shifted in their seats, trying to keep a straight face. After the tape ran, Alegría told the crowd, “I didn’t pay her to do that,” then added, “She’s not a poet.” (Based on the success of her I Am Denver piece, Vetter definitely qualifies now, Alegria notes, and she calls herself a poet on her Linkedin page.) 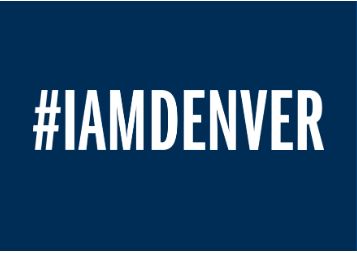 After the presentation, audience members were invited to take photos in front of an I Am Denver backdrop, say “I Am Denver” on videotape, and hashtag #IamDenver on social media posts. Selfies abounded.

In the weeks to come, the Office of Storytelling will be hosting storytelling labs with the Denver Public Library, Lighthouse Writers Workshop, History Colorado and many other organizations, working to document real stories of the people of Denver. Some of those will be broadcast on the I Am Denver website; others will be written down and shared between family members.

“People are so excited to tell their stories,” Alegría says.

But the question remains: Which stories will Denver actually hear?