Writing stories is a craft that is crucial for life. And if the government insists, you can test it, measure it and use it in commerce, too

A report in the Times has quoted a secondary school teacher who complained that their year 7 intake no longer knew how to tell a story. “They knew what a fronted adverbial was, and how to spot an internal clause, and even what a preposition was – but when I set them a task to write a story, they broke down and cried,” reported the teacher. 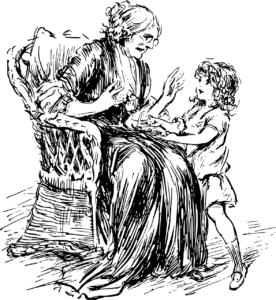 The fact that no importance is placed on storytelling makes me very frustrated not only because it puts so little value or emphasis on children’s creativity, but also because storytelling is more than simply an art – it is a crucial skill for life and commerce.

Politicians should know this better than anyone. What is “Vote for us and the country will be strong and stable” if not a story? Or “Make America great again”, for that matter. Everything made of words is a story – from the stories we tell ourselves to the ones we watch on TV to the ones we relate to colleagues at the water cooler.

This reluctance to teach story-writing is because of a fundamental misunderstanding. I am not someone who thinks we should abandon measurement entirely, even in creative writing. Because it is not just making stuff up (although there are those who can do it instinctively, just as some can understand grammar instinctively). What everyone on both sides of the debate seems to be missing is that storytelling can be taught and tested.

I know that, because I teach it – albeit at an adult level. People say children are natural storytellers, but this is not at all true, any more than it is of adults. Or rather, they are not naturally good storytellers. Most stories by children, although they may be charming, are boring because they are just one unconnected event after another. In other words, they make no sense and have no direction, causality or point.

For stories to work, a whole array of measurable principles can be applied. We shouldn’t be asking children about fronted adverbs, but about act structures, character arcs, reversals and the qualities of protagonists (and antagonists). What is the difference between real speech and fictional dialogue? What constitutes a dramatic event? The list goes on and on. The craft (not the talent) of storytelling can be taught – and tested – in the same way as grammar. This would be so much more valuable than parroting parts of speech (to this day, I know virtually nothing – formally – about grammar).

So let’s not waste our time throwing rocks at the government and claiming that they want us all to be joyless robots (although I suspect this is partly true). Let’s take the fight to their territory and say, “Yes, you can teach storytelling and you can test it and measure it and it’s an immensely valuable tool, for commerce (if you’re so obsessed with it) as much as anything else.”

Storytelling in its way can have just as much complexity as music or mathematics. That we don’t really understand this craft – or that this is a craft – is partly because of the romantic myth of “inspiration” peddled by authors as much as anyone. It is taught (up to a point) in creative writing degrees – but it can be simplified enough to be taught to schoolchildren as well. Why, for instance, is We’re Going on a Bear Hunt such a compelling story? And what has it got to do with stories like Macbeth? (And yes, it does have something in common – all stories do.)