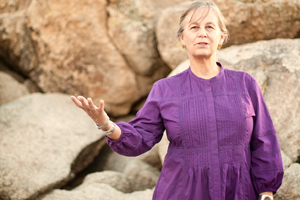 Once upon a time I wrote an historical novel called Macbeth’s Mother. Yes, that Macbeth. I was intrigued by his (probable) half-brother, Thorfinn the Black, of Orkney, who had an equal claim to the Scottish throne. Thorfinn was the son of a Norseman and I told his story through the eyes of his personal skald or storyteller (and poet). That skald needed stories so I did some research and came across “Froði’s Mill.” I loved the tale of the girls who rebel and grind out an army to defeat the king who demands unlimited gold from the magic mill. Unfortunately Macbeth’s Mother ultimately collapsed under its own weight.

All my research had gone to waste!

But when I turned to storytelling, I encountered the folktale “Why the Sea is Salt,” which is pretty much the same story as the Froði myth. When I crafted my very own version, I added a guest appearance by the god Oðinn and a clear warning against greed. Every time I tell this story always reminds me of that research is never a waste of time. Macbeth’s Mother never saw the light of day, but here is Enough is Enough.

Harriet Cole has been a performing storyteller in Arizona for almost ten years. The story connections she is building between the South Mountain Community College Storytelling Institute and the Boys and Girls Club of Metro Phoenix will be highlighted during her workshop “Community Youth Story Journey” at the NSN Conference in Kansas City this summer. (Part of this work has been funded by an NSN Member Grant). Her favorite stories tend to come from the Norse, her favorite workshops are built for teens, and she loves every single one of her audiences!

1 thought on “Enough is Enough”