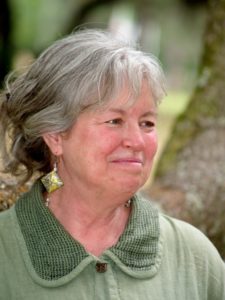 One of my storyteller friends told me I should write about how to make fairy tales interesting enough for adults to enjoy.

Here’s my quick and dirty recipe for success: Leave the story alone and tell it straight. No “voices.” No theatrics. No punches pulled.

…Because the fact of the matter is, fairy tales did not originate as “kiddie lit.” They appeal to the inborn sense of wonder that we human beings tend more and more to neglect as we travel further and further into adulthood. So maybe kids are more ready to dive into the enchantment than grownups are. But I don’t believe there’s any such thing as niche-specific folklore.

As much as I love fairy tales, my repertoire includes precious few – only the ones that have grabbed me and won’t let go. On occasions when I’ve decided it’s time to shop around for a good new story, whatever I choose lies there flaccid – working with it feels as satisfying as dancing with a mattress. A story that chooses me, though, takes root and flourishes. It might be years and years before I consider it a polished performance piece, but during that gestation period it lives and feeds something in my soul.

I don’t think any story I’ve encountered in a picture book ever grabbed me by the throat and demanded my voice to tell it. Nor one that’s been made into a movie. It’s stories I’ve heard first-hand or encountered in the silence of print, stories for which my imagination has created visuals that don’t compete with another artist’s interpretation, that lodge themselves with me and don’t leave.

Whenever I receive such a visitation, it’s what I imagine winning the lottery must feel like. As I begin consciously to work on the story, I’ll find as many variants of it as I can. If there’s something about the plot or the characters that doesn’t make sense to me, I have to wrestle with it, turn it over and around, chew it up, let it chew me up and spit me out until it unravels and reveals itself. That’s not to say everything in the story has to be rational to the listener; but it all needs to make sense to me.

Twelve Dancing Princesses was one of my childhood favorites, and as an adult I still loved it. Except for the end, when the princesses are busted and one of them is forced to marry the man who outs them. I carried that story around for decades and never could bring myself to tell it. Until I encountered Walter de la Mare’s version, which tells a tale more about heavy-handed parenting than about youthful rebelliousness. It might not be the most authentic “Dancing Princesses” out there, but it’s the one that makes sense to me, the one I can believe in as I’m telling it.

I don’t craft any of my pieces with grownups specifically in mind. Or kids. Because from my side of the microphone I witness the trance that comes over listeners of all ages. Well-crafted fairy tales work for countless reasons, on many levels. They really do have “something for everybody.” That’s what makes them robust. That’s why they’ve stayed “in print” for centuries.

Megan Hicks’s gateway drug to becoming a hardened storyteller was “The Shoemaker and the Elves,” performed by Gioia Timpanelli at WinterTales in Oklahoma City during the late 1980’s.

Her two audio CDs have received multiple national awards. “Groundhogs Meet Grimm” is a happy marriage of fairy tale and social satire. “What Was Civil About that War…” is a gripping exploration of heroism on the bloody fields of the First Battle of Fredericksburg. A new CD of fairy tales – “No Tricks. Just Magic,” is set for release this summer.

This fall you can catch her at Beaver Tales in Western Pennsylvania, The National Storytelling Festival in Jonesborough, Tennessee, and at the George West Storyfest, deep in the heart of George West, Texas.