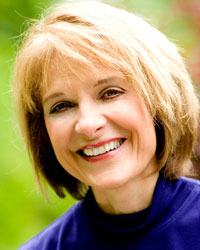 A friend of mine teaches fourth grade in a public school. They were doing a section on theatre, and she asked me to talk to her class about acting. When I got there, I heard about the students’ experience doing a play about Colonial Jamestown. (“I played a dog and a colonial man. This was my first play, but one day, I want to work for Disney!”) Then it was my turn to talk. One of the students raised his hand. “What’s the biggest audience you’ve ever had?”

I asked him why he was asking that question.

“Cause the number of people in the audience tells how good you are. Did you ever have a million people in your audience?”

I had to confess I did not, and he was clearly disappointed. I must not be very good if I’d never had a million people come to see me.

As I drove away from the school that morning, I kept thinking about his question. As storytellers, we can be tempted to think that our work — our art — only matters if lots of people see and hear us, if we’re telling to 1000 people at a time in a Jonesborough tent, or at some “big name” event. But I would guess that’s not where most of us tell stories, day in and day out. Most of our work is with small groups at libraries and schools and churches and retirement centers and employee appreciation dinners and the varied array of venues and groups who ask us for a story, where the headcount rarely tops a hundred. Or fifty. It might be twenty-three seniors at a luncheon at the 2nd Baptist Church of Hueytown.

But I don’t think we ever really know how many people are in our audience.

A story might touch someone, or make her laugh on a bad day, or make him think about someone he hasn’t thought about in a long time. And that laughter or emotion or thought might prompt that person to make a phone call, write a note, be nice instead of gruff to the cashier at the store, who, in turn, responds by … you can see where this is going. Who knows what effect a story has on the people who hear it? Who knows what choices they make afterward that are slightly different from the choices they might have made otherwise? And who knows how many other people are affected by those choices? It’s possible that the experience of a story caused someone to do something that caused someone else to do something that caused someone else to do something….

If the flapping of a butterfly’s wings in Topeka might cause a typhoon in Thailand, then the effect of a story told to two people, or ten, or twenty-three seniors at the 2nd Baptist Church of Hueytown just might ripple out in ways that we could never predict.

Part of what that means, of course, is that every storytelling occasion is important. Every storytelling opportunity demands our best work, our full attention. Because there’s no way to be sure how many people are in the audience. Who knows? That person in the third row looking out the window might be one in a million.

Dolores Hydock is an actress and storyteller, whose work has been featured at festivals, conferences, and special events throughout the United States. Her new original one-woman show, Take a Ride on the Reading, will premiere in January at the Terrific New Theatre in Birmingham, Alabama. Her eight CDs of original stories, including the newly released Eglamore and Cristobel: A Medieval Love Story, have all received Resource Awards from Storytelling World Magazine.

Dolores began her storytelling career at the age of 5, when she won first prize in a local storytelling contest. The real gold letters on the blue ribbon convinced her there must be a fortune in the performing arts. She continues to hope.