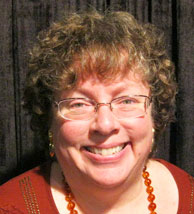 Some people say there is a lot of evil in the world these days.

Mr. Rogers said, “When I was a boy and I would see scary things in the news, my mother would say to me, ‘Look for the helpers. You will always find people who are helping.'”

I witnessed one example of evil when I visited Oklahoma City in 2005 to attend the National Storytelling Conference. One morning of the conference was devoted to visiting the Oklahoma City National Memorial, the site of the bombing of the Federal Building on April 19, 1995.

Standing outside the Memorial, I saw on the left, a large grass plot, with many bronze chairs on it, some large and some small.

On the right, I saw an old tree, gnarled and asymmetrical, but covered with green leaves.

Behind that old tree I saw a number of new trees, all the same kind and the same size, obviously planted at the same time.

All around, I saw office buildings, and in the distance, neighborhoods.

I learned about the 850 people who had been injured and how that old, gnarled, asymmetrical American Elm tree, originally in the parking lot of the Federal Building, had been named The Survivor Tree in their honor.

I learned about the over 10,000 rescuers and volunteers who came to the site after the bombing, and about the one rescuer who was killed. I learned how those new trees, called The Rescuers’ Orchard, had been planted in their honor.

I learned that over 300 other buildings in Oklahoma City had been damaged by the bombing and that one third of the population of Oklahoma City knew either a victim or a survivor of the bombing.

Then the National Storytelling Conference had three people speak who had been affected by the bombing.

A survivor said, “It seemed like a normal morning. Then at 9 am, there was a tremendous noise, everything shook and it was suddenly completely dark. I tried to get out, but nothing was where it had been. My coworkers and I started calling out, and together we found the way out of the building and into the light. A man walking by looked at my face, and took off his shirt saying, “Lady, you should press this against your bleeding face.’ He stayed with us, finding where we had to wait. Since we weren’t badly injured, we sat on a curb for our vehicle to come. There weren’t enough ambulances in Oklahoma City for everyone who was injured. So hotels were asked to send their curtesy vans to help. I got into one of those hotel vans. The hotel van driver asked, ‘I was told to take you to the Veterans Hospital. Does anyone know how to get there?’ Luckily, one of us did.”

“I stayed overnight at the hospital. They stitched me up using over 100 stitches. Then my family arrived and I went home.”

“A friend called a few days after the bombing. She asked, ‘Can I do something for you?’ I replied, ‘Thank you, but my family is with me. I’m fine.’ The friend almost desperately asked again, ‘Isn’t there anything I can do for you?’ It was then that I realized that my friend needed to give, so I needed to receive. I said embarrassedly, ‘Well, my kitchen floor needs mopping.’ ‘I’ll be right over.’ My kitchen floor has never been mopped that thoroughly.”

“Then a neighbor, someone I knew to wave to, but not much more, came to my door, and offered to cut my lawn for the rest of the season. Since you’re mostly from out of town, I need to tell you that here in Oklahoma we have a long growing season. I told him it was too much, just cutting my lawn this week would be enough. But my neighbor insisted, ‘I really want to do this for you.’ I again agreed to receive.”

A rescuer told us, “Family and friends of victims cheered each day as we rescuers entered the site looking for more bodies. They were waiting for us to find the bodies of their loved ones, yet they cheered us.”

“There were lots of out of town rescuers who joined in the search for bodies. After every shift, those rescuers went back to their cots in the convention center. They found their clothes cleaned and folded, the bed covers turned down, and a chocolate candy on their pillow.”

“Working at the site was rough on our clothes – so many sharp edges, so much dirt. People donated clothing for us to wear, more clothing than we needed. Other people stood in line for hours to donate blood for the survivors. City crime and fires were down by 50% for weeks after the bombing. I guess people knew the police and fire fighters had more important work to do.”

I also heard a family member of one of the victims. Bud Welch lost his only child Julie, a charming and spunky 23 years old woman with a big heart. Bud told us, “Even though I was from a family which had always been against the death penalty, for first four weeks after the bombing, I wanted the men responsible to “fry.” Then I went on a downward spiral of more and more cigarettes and alcohol for many months.”

“I finally asked myself, “What do I want? A trial? Yes. A conviction? Yes. Death?”

“After thinking long and hard, I realized that my desire for the bombers’ deaths was fueled by thoughts of revenge and hate, exactly what had fueled the men who did the bombing. I chose NOT to join them.”

“I started campaigning against the death penalty. Note: I still wanted those men in a cage for the rest of their lives. But I no longer wanted them killed.”

“Then one night, while I was flipping TV channels, I heard, ‘After his commercial break, we’ll be interviewing the father of Timothy McVeigh, one of the Oklahoma City bombers.’ I wanted to change the channel, I really wanted to, but I didn’t. I watched father of the Timothy McVeigh give a very peculiar interview. He was weeding his garden and he never looked at the camera. Finally at the end, he did look at the camera, I saw a face I had seen in my mirror every morning, the face of a father in despair. I vowed to meet Mr. McVeigh one day and tell him that I did not hold him accountable in any way for the actions of his son.”

“I was able to keep that promise and together we worked as hard as we could to prevent the death of Timothy McVeigh. We failed but we tried together.”

After the event was over, I went back outside. I saw on the left, the large grass plot, with the 168 bronze chairs on it, most large but some small, and thought about the victims of the bombing and their families and friends.

On the right, I saw The Survivor Tree, gnarled and asymmetrical, but covered with green leaves, and thought about the 850 survivors of the bombing and their families and friends.

Behind The Survivor Tree I saw The Rescuers’ Orchard, and thought of the thousands of rescuers and volunteers.

I looked around the city, and thought of all the residents who had known a victim or a survivor.

Some people say there is a lot of evil in the world these days.

I remember what Mr. Rogers’s mother said – to look for the helpers.

In Oklahoma City, there were 10,000 official rescuers and volunteers.

There were also countless others who donated clothes or blood, who moped floors or mowed lawns, who put chocolate candies on the out-of-town rescuers’ pillows.

And there was at least one helper who had taken the shirt off his back to help a bleeding survivor.