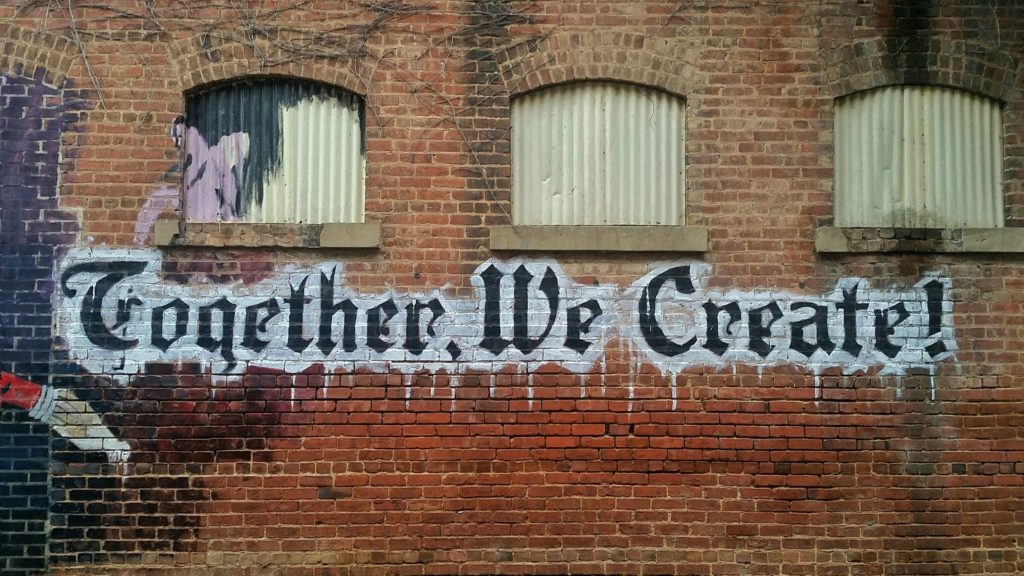 TRAVERSE CITY — A few minutes idling in the driveway end Matthew Soderquist’s daily commute. They’re the most gripping part of his week.

The Vanderbilt resident and avid listener of “The Moth,” a storytelling radio program, can’t get enough of a good tale.

It’s what drew him to Here:Say, Traverse City’s own celebration of stories. The series, which invites people of all ages and backgrounds onstage to share their tales, begins its sixth season on Oct. 15 at The Workshop Brewing Co.

Soderquist always finds his way there — to share his stories and hear others.

“No matter how different a storyteller might seem, you realize we all share the same human emotions,” he said. “We have a lot more in common than we think. We all have struggles and hardships and heartbreaks.

“It cultivates empathy and understanding of each other.”

“A lot of time, people want to focus on differences,” she said. “Telling stories helps us see how much we have in common.”

The series began in 2013 and, each year since, runs October to May at The Workshop. Mainstage events run the third Monday of each month, and an open mic storytelling show runs the first Monday of the month with a more casual atmosphere.

“There’s this really special thing that happens when people tell their stories onstage,” Stein said. “It’s a melding of my own need to reconnect with my creativity and a want to bring this to the community.”

Stein works with each storyteller to make their story stage-worthy. Each tale must be true, interesting and first-person, she added, but can be about anything beyond those rules, from a funny childhood tale to a deep memory. Each storyteller has about 10 minutes to fill, and Stein encourages practicing beforehand. The Here:Say website offers a pitch page where hopeful participants can share a draft, and anyone is welcome to come each month and listen.

Each mainstage event comes with a theme storytellers should meet.

“The themes aren’t meant to be taken literally — they’re subjective, open to interpretation,” Stein said. “It’s a lot of fun — you have this one theme and so you see how five people take that theme.”

Donations at the door during mainstage events support Here:Say programming. Funds collected during open mic events go to a partnering charity — the next event on Nov. 5 raises money for TART Trails.

She got involved two years ago, and since then comes out for every event she can.

“I think storytelling is probably the oldest art form, and there’s a beauty to it — it’s the ultimate egalitarian art form. Everyone has a story waiting to be told,” said Baker, an Elk Rapids resident. “I love doing it as a form of self-expression — and hearing other people’s stories.”

Telling a story brings it to life, she added, and the gasps, laughs and tears from the audience add a heartbeat, a breathing bit of punctuation.

It took a bit of encouragement for Baker to take the stage, but she was immediately hooked.

“It was so much fun,” she said. “It’s palpable — you can feel everyone in the room there with you, laughing with you, crying with you. It’s like being in front of a group of friends.”

New storytellers are always welcome, and Here:Say offers workshops for those hesitant about taking the stage.

“It’s not about having a perfect story and not messing up — it’s about getting on stage and embracing the vulnerability of letting yourself be seen,” Soderquist said. “We think that’s one of the most powerful things we can do as a community.”