How Inuit Parents Teach Kids To Control Their Anger

Back in the 1960s, a Harvard graduate student made a landmark discovery about the nature of human anger.

At age 34, Jean Briggs traveled above the Arctic Circle and lived out on the tundra for 17 months. Briggs persuaded an Inuit family to “adopt” her and “try to keep her alive,” as the anthropologist wrote in 1970.

Briggs quickly realized something remarkable was going on in these families: The adults had an extraordinary ability to control their anger. “They never acted in anger toward me, although they were angry with me an awful lot,” Briggs told the Canadian Broadcasting Corp. in an interview. Even just showing a smidgen of frustration or irritation was considered weak and childlike, Briggs observed.

During a recent visit to the same area, NPR staff met with a group of people. All the moms mention one golden rule: Don’t shout or yell at small children. 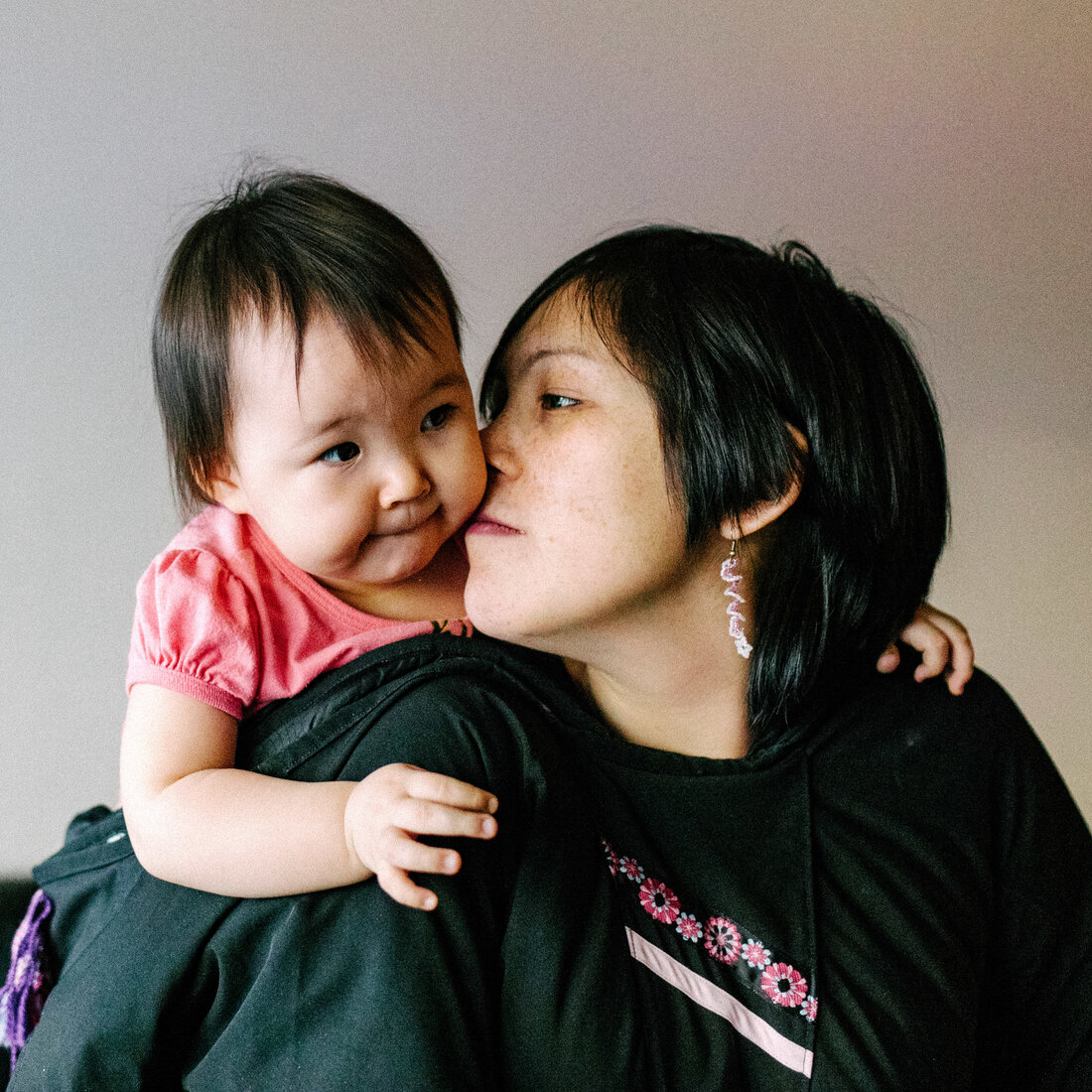 Inuit parenting is gentle and tender. They even have a special kiss for kids called kunik. (Above) Maata Jaw gives her daughter the nose-to-cheek Inuit sniff. Johan Hallberg-Campbell for NPR

The culture views scolding — or even speaking to children in an angry voice — as inappropriate, says Lisa Ipeelie, a radio producer and mom who grew up with 12 siblings. “When they’re little, it doesn’t help to raise your voice,” she says. “It will just make your own heart rate go up.”

Even if the child hits you or bites you, there’s no raising your voice?

“No,” Ipeelie says with a giggle that seems to emphasize how silly my question is. “With little kids, you often think they’re pushing your buttons, but that’s not what’s going on. They’re upset about something, and you have to figure out what it is.”

Goota Jaw teaches the parenting class at the Arctic College. For thousands of years, the Inuit have relied on an ancient tool with an ingenious twist: “We use storytelling to discipline,” Jaw says.

These are oral stories passed down from one generation of Inuit to the next, designed to sculpt kids’ behaviors in the moment.Sometimes even save their lives.

For example, how do you teach kids to stay away from the ocean, where they could easily drown? Instead of yelling, “Don’t go near the water!” Jaw says Inuit parents take a pre-emptive approach and tell kids a special story about what’s inside the water. “It’s the sea monster,” Jaw says, with a giant pouch on its back just for little kids.

“If a child walks too close to the water, the monster will put you in his pouch, drag you down to the ocean and adopt you out to another family,” Jaw says.

“Then we don’t need to yell at a child,” Jaw says, “because she is already getting the message.”