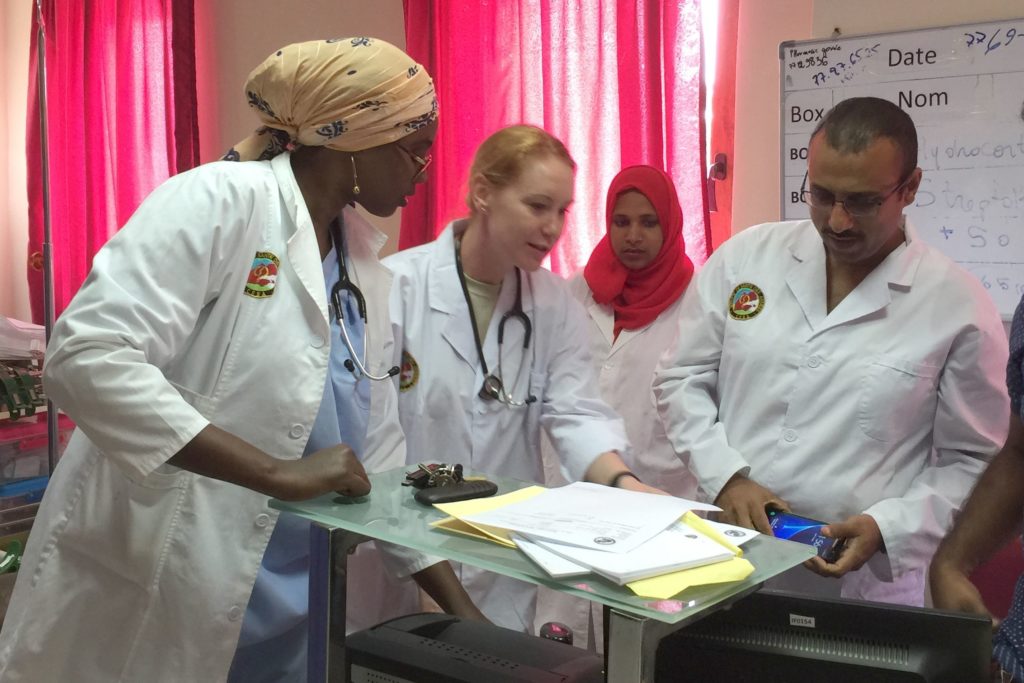 I recently stood in front of a group of emergency room residents at my hospital and asked an unusual question. “Has any of you ever judged your attending physician for not trying hard enough to save a patient’s life?” Then I looked around the room. But like every time I’d given this presentation, there were no takers.

I can’t say I was surprised. I was piloting a new program which uses storytelling to help young doctors reflect on how they handle the emotional and psychological toll of caring for suffering patients. In my experience, engvaging in honest exchange about these dimensions is rare in medical culture—in fact, it is tacitly discouraged.

“Well, let me tell you about a time when I was that attending,” I said. Then I steeled myself, and launched into my story.

The patient was a young woman, healthy up until the moment of her cardiac arrest. As the ICU attending on service, I was responsible for running her code. Despite all of our best efforts, her heart fluttered ineffectively on and off for hours, unable to pump blood to her starving organs. Multiple rounds of adrenaline, electric shocks, and manual compressions by a string of exhausted interns had not succeeded in restoring her heart rhythm. As a result, her blood had become acidic, her kidneys had failed, and her liver was dying. Unbelievably, she remained intermittently awake over that first day, moaning occasionally. We hadn’t considered sedating her, as any medications for pain or sedation might drop her flagging blood pressure further. We had been pedal-to-the-metal for hours, but she was steadily deteriorating. I was confident that we had passed the point of no return.

Medical teams function much like fire departments. The chief, or attending, is counted on to lead her troops straight towards the fire, to do the job that needs to get done. We are expected to be brave, confident, and above all, to never give up. And all the more so in particular cases, such as when a patient is young, previously healthy, or has a condition that appears reversible on admission. And in cases when our well-intended but risky interventions might have actually made things worse, it is almost impossible to let go. I knew how difficult it would be for my team to consider anything less than everything for this patient. I also knew what I would be up against if I suggested changing our approach. I remembered my own tendency as a resident to sink my frustrations into more fight. I had myself judged attendings who had suggested shifting course, even questioned their fitness as leaders. But now, at the helm myself and convinced that this patient would not survive, I knew it was time to rethink our frantic scramble to save her.

A nurse ran by me to retrieve another syringe of epinephrine. I took a deep breath. “It’s time for us to stop,” I said. “I’d like to start pain and sedation meds and not restart compressions the next time her heart stops.”

These were hard words to say. Harder still when the team turned to stare at me in astonishment.

“She’s only fifty,” said one of my interns incredulously. “I think she deserves more time.” Another intern swore under her breath and rushed passed me, slamming the door on her way out. My heart sank. There was a veritable mutiny in progress. And within seconds, I began to question myself. I could hear the voices of my colleagues and others who heard of this, possibly directly asking me, more likely talking behind my back—why I hadn’t tried this technique, that intervention, a whole host of options that would never have saved this woman. They probably would have agreed that these measures wouldn’t have worked. But performing them would have been fighting to the end, the way real heroes do.

In the end, I couldn’t stand up to my own inner voices. I caved, and we continued on.

It didn’t go well. The patient died a terrible death. It took longer than I had expected—she didn’t die for another 24 hours. That fact further eroded my team’s confidence in me: my prognosis was off by a day.

But the fact is this woman suffered more than she needed to, and it was under my watch. Worried about her blood pressure, we had only minimally attended to her pain and anxiety. I look back on that day as a failure on my part—a time that I succumbed to my own internalization of a culture that prioritizes doing everything over doing what will actually help most.

And that is how I found myself, years later, speaking to this group of residents about this case. Our current medical culture often sets us up for the kind of moral distress I experienced that day. It is not only the witnessing of profound suffering, it is that we often feel unable to question or diverge from scripted approaches — ones which may actually cause more suffering than benefit. This surely contributes to the high levels of depression, suicide, and substance abuse among physicians.

Healing Stories
One way to address this trauma is through storytelling, the approach at the heart of my pilot program. The Narrative Medicine movement, started at Columbia Medical School in 1990, has introduced storytelling into an increasing number of medical schools and training programs. Data show that the use of stories to process the challenging experience of being a doctor increases empathy, enhances wellness and resilience, and promotes a more humanistic health care culture. By p­­­­rovidin­­­­­g a safe space for telling stories and listening to each other about our pain and personal conflict, we restore ourselves, and are better prepared for that next encounter.

In that vein, this program draws on my own experiences to invite others to reflect on this cure-at-all-cost culture in which we physicians have been steeped. Using my own stories, and a Netflix documentary set in our ICU, this multimedia experience aims to expose some of the emotions and fears that hold us back from doing what is best for our patients.

That day, after telling my story to the ER residents, I waited through an uncomfortable silence. I imagined I could hear the wheels spinning in their heads. Even after all these years of writing and speaking on this topic, I felt the familiar tug of anxiety. Were they judging me?

Finally, one of the residents started to speak. Hesitantly, as if worried this would come back to bite him. “I remember a time when we were coding a patient,” he said. “The code had been running for fifty minutes and the attending decided to call it. Everyone was relieved at first. But then someone said that he wasn’t comfortable stopping yet. So we restarted the code. It went on for another twenty minutes and the patient eventually died. But there was an awkward feeling in the room, like the attending had been found out. I felt bad for him because I think he was embarrassed that he’d been the first to give up.”

There were a few tentative nods. Another resident raised his hand. “I remember a time in the ER when a patient came in after a serious car accident,” he said. “We coded him on and off for hours. We’d done everything we could think of and he was about to die. Someone suggested that we open up his chest to see if there was anything we could do to restart his heart—remove some fluid, anything. It was crazy. There were even some snickers in the room. No one thought it would work. And even if it did, his organs had already died. The attending said no. And then I got pissed at the attending. I remember almost hating him. I remember thinking that he was giving up on this guy.”

I looked around the room. The residents who had spoken looked a little shocked, even sheepish. But the others looked relieved. And then a genuine conversation proceeded, one which addressed the emotional pitfalls and psychological challenges of this work. Once again I saw how our battlefield mentality affects us all: patient and healthcare provider, trainer and trainee.

It is crucial that we provide safe spaces for healthcare professionals to reflect on and process their own suffering. Then we will be fully available to do the hard work of patient-centered decision making in the moments when it is really needed — at the bedside of a dying patient.