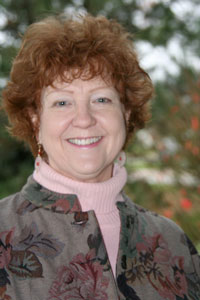 One day, before I was about to head off to University, I asked my Mother her secret to a happy marriage as she and my Father had been married for forty blissful years. She said:

I looked back on what I had seen Mother do and realized I could hone my skills to get what I wanted too.

When working in education and not having money, I made arts programming the administration’s idea. I told them how much art increased knowledge, gave them information on artists and ideas how to fund programs. When they looked at it and said things like:

“Oh What a Good Idea you have; can I help you get them here?”

Suddenly it was not my idea but theirs. I praised them in public and gave them credit for selecting the artists, getting them there, and paying for them, even if I wrote the grant or raised the money. I also made sure they ate lunch or had a wine date with the artist and so on.

When I started working for a theater I did the same thing.

Maureen: “Minnesota has a big children’s festival.” “You should see it.” “Although I think we have a better space for it, theirs is still successful.”

Director: “Where would we put such a thing?”

Maureen: “Oh, do you want to talk about putting it on the Plaza? I can call the Mayor and he can come hear about your idea as we look at the space.”

When I began telling stories I started, like most tellers, with myths, legends and folktales. I shied away from personal stories as I felt my life was not that interesting to others. I did find stories of other people’s lives very intriguing though.

Because I love the process of collecting stories and retelling them, and presenting historical stories I started researching historical time periods or movements and told the stories of the people who lived through them. I knew that if I worked alone and was low tech I would always find a job, so I started selling these one person shows.

I wanted to get paid to create these shows and do research though, so I began looking for commissions employing the make it “their idea concept.”

In the past I have done commission pieces for the Lt. Governor’s Conference on Diversity, The State of Iowa, school districts, and numerous non-profits. Currently I’m working under a Commission from the League of Women Voters. Next year I hope to write an advocacy show about individuals with disabilities. Many times I bring in other artists to do photographs or add new elements to my shows and make them more interesting. I almost always get an agency or a non-profit to write a grant to pay for the show – I just make it their idea.

Come learn more about how to ‘make it their idea’ at Maureen’s workshop at the 2016 National Storytelling Conference, July 21-24 in Kansas City, Missouri. www.storynet.org/conference

Maureen Korte writes, adapts and tells stories of every genre from every country to every kind of audience. She enhances her tales using sign language, puppets, pantomime, accents, paper cutting and folding, costumes and audience participation. You can find Maureen at festivals, conferences, one-woman shows, schools and universities, working with businesses, with the grieving and dying, and with individuals of all abilities. Teaching programs focus on storytelling, creative writing, poetry, and acting. She produces events, delivers keynotes and consults with non-profits. Maureen travels worldwide for fine arts tours and to study culture and collect the tales of other lands.

1 thought on “How to Get the Big Commissions”