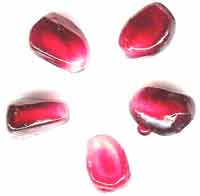 How I came to write Hymn to Persephone

As she is Goddess of the Underworld, I have spent much time getting to know Persephone, and never once did she strike me as a victim of Patriarchy, as she is represented in Homer’s classic Hymn to Demeter. This ode to Her reflects my own experiences of this eternal realm, to which we all have access, and I hope by sharing it, to empower the downward descent. I wish to alternately reframe this descent as a willing movement, even a joyous one, even though to the sunlit world it appears barren and full of pain. The pain that the sunlit world perceives as characteristic of the underworld is, in reality, a deflection of the pain that is too intense to be faced in the full light of the above world, and so has been pushed away and down. This is the world over which Persephone resides by choice, and so you can understand her tremendous compassion, and my ensuing devotion.

Inherent within Persephone’s choice, as it is with Death and even pain, one glimpses reflections of such sublime tenderness – the hidden treasures, the seeds of new life. The Hymn to Persephone focuses on such hidden and golden seed potential because only the underworld womb can tend to these.

I am aware that cast as victim of a rape in the Hymn to Demeter, Persephone has come to champion real victims and I don’t in any way intend to detract from that by this hymn, only to say that the underworld to me is a place of hidden treasures, can be a place of rest, and that it may conceivably be a place one chooses over the world of light and color, if only for a visit. 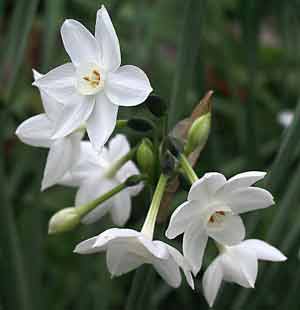 Gather children round to hear
A tale that started at a time before time,
before the season of winter, and the coming of Spring.

Cast yourselves back to the earth so abundant.
Everything alive with gods, goddesses and their ploys.
Hear now the tale of our lady, none other than fair Persephone,
Known also as Kore, maiden, most lovely by far.

In her delight for the narcissus, she strayed far from her friends.
Out alone in the meadow was accosted by One
More majestic and foreboding than all of the gods,
None other than Hades, Dark Lord of the Dead.

Once known as the Abduction of our lady of the flowers,
We now know better, no wall flower her,
Not even astonished when the earth rent a great chasm
Through which He rose, our awesome collector,
Drawn in a chariot by coal-black steeds, and beckoned to her to…

‘Do you think to impress me with great beasts at your feet?
Know you not whom I am, the Daughter of Creation.
It takes more than mere beasts to tempt me,
black and magnificent as they are,
What have you got to offer that hasn’t already been rejected?’

And the Lord of the Underworld,
of the Olympians three most formidable by far,
did answer her loud and clear,
but not in words for the ear to hear,
his speech was of heartstrings and vision,
of fire shadows and songs in her womb.

‘I come here with my sole desire,
I am not one for preferences of any kind,
Do not take me for a fool or a wise man,
I am not.

I offer you not a world of creation,
No sweet scents or colours in my abode.
I offer you honour, be the Queen of my domain,
Not those blossoms of the earth will you nurture at your bosom,
But her seeds in the darkness of her womb.

Think you that being the daughter of Demeter makes you formidable?
What of becoming the mother of She?
You will know the origin of all things,
the shadows and dreams before they are born
And all will call you Dark Mother,
even the Earth of which you come.’

Our lady did hesitate, looking down at her blooms,
The scent and the colors of the narcissi were sweet, it’s true,
But the Inevitable One had no scent, no tone,
And she found that she preferred it so.

‘Alright, I agree to go with you, but first I will need to…’
Her words were lost to the ether, that sounded like a scream,
Such was the speed with which her new husband ushered her
From the world of light and form
To beyond the river that cannot be crossed
save by payment that reveals the soul

To become escort in the shadowy realm of the underworld,
custodian of the mysteries and the riches hidden there,
And dark guardian of its secrets.

Like gold hidden in the dark places of the earth,
Revealed He the seed essence of each original life
Buried within grasp of all who seek
The dark realm of Hades and his radiant wife.
Fair Persephone of the Land of the Dead
and Queen of the Lord who rules it.

The scream that was left was witnessed by
The bright-coiffed Goddess of the three faces of
the moon
Tender-hearted Hecate descended to the underworld to watch over her charge
And make sure the inexorable one did no damage to the child.

Our Lady, already Sovereign in this timeless realm, received her,
‘My sister be most welcome for as long as you stay.
Like you, I am come by my own stirrings,
and will not raise until my season has come.’

‘You know I am not here by force nor by stealth,
Go above and assure my mother it is so.
I will come also of my own free will,
not yet, until the time I deem.’

Hecate sped to her task and found our verdant Mother brought low
The Great Goddess mourning the loss of daughter love
In vain having sought her child high and low,
Deo brought the death of below to the earth above. 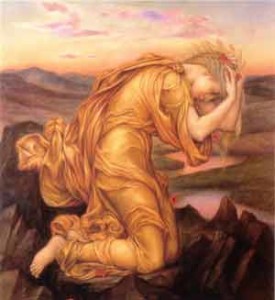 Everywhere was desolate, nothing new
Only skeletons left of the life…

Said Hecate to our exquisite Bearer of Fruit,
‘Put away your wrath, luxuriant Demeter,
Your daughter sends word
She has taken up her lot,
Not a mere shadow of your greatness,
A Queen in her own right, with honor and might.

Hades, Ruler of the Sleeping and the Dead,
He who is Known by Many Names,
The Invisible One, The Unseen, Good Counselor,
has chosen her and she him,
With the Daughter of Creation, he shares his glory,
Equal rulers, and not an unfit husband.’

Demeter, good mother, sorrow had hardened her heart
She would not cede until she saw with her own eyes
the wellbeing of her daughter.

Humans went hungry, the gods were starved
No food nor sacrifice was brought forth from the barren land
A hard year passed while Demeter mourned,
Just a drop full of moments in the timeless realm.

The Olympians at last bid Hermes go intercede,
Wily messenger of the gods, no gate kept him out.
Like lightening he sped from the white heights of Olympus
To the depths of darkness below
to beg our Lady return to the light.

He was expected, of course he was,
‘We knew of your quest before it was bestowed,’
A voice like the rumblings in the bowels of the Earth,
Our Lady’s husband on his throne of stone.

And She, our compassionate one,
amongst the Immortals the sole to die, turned to her Lord, A song on her lips,
‘I will be back, a promise I sow,
By eating the fruit that binds me to you.’

The fruit of the Blood red pomegranate, Bone white in pith,
hidden seeds which stain does not fade,
Our Lady, dark light deeply hid,
Gave rise and with her the Glory of Spring and Renewal of all.

My children, come back, come back to the land of form
Hail the rise of Persephone with feasts and color
Spring is upon us and green Demeter does grow
In luxurious abundance, for a moment or so. 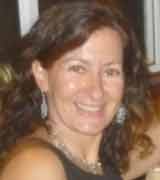 Teeya Blatt was introduced to the area of formal oral storytelling through the Byron Circle of Storytellers. Before that, in blissful obliviousness, she had been born and bred in a family who wove tales into their daily life. Guided in adulthood by The Hero Journey and the works of Joseph Campbell, Teeya counts herself a Campbellian offspring, structuring her radio show (The Heart of the Story, with Annie Bryant), her boy-to-manhood program (From Heroes Into Men), and her teaching around the works of this JC. Contact for permission to use this piece.