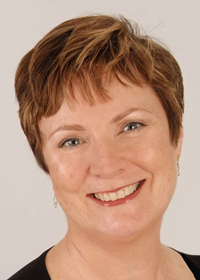 What is more Irish than storytelling?

American audiences often request stories about one particular Irish character. They visualize a little man dressed in spring’s color with a matching green top hat, jacket and shoes with big buckles and a matching scarf. He beguiles with his sprightly laugh and dancing step. You want to oblige with stories about this charmer. Maybe you’ve even checked eBay for the official costume licensed by a major cereal company.

Beware of identity theft! The leprechaun is a different creature entirely.

Stories show him as cute in the sense of clever and shrewd rather than dainty or pretty. You’re most welcome to tell stories about him but make sure that you’re talking about the right fellow.

Leprechaun is the Anglicization of the Old Irish word luchorpán which means “small body.” Another theory is that it’s how the English heard leith bhrogan meaning “maker of one shoe.” Some people believe that it comes from luch chromatin meaning “little bent Lugh.” Lugh was the Celtic sun god. Given the millennial age of Irish oral literature, the etymology is obscured by Time.

For storytelling purposes, the leprechaun is a solitary fairy, one who prefers his own company. He’s a bit nasty and enjoys tricking anyone who violates his privacy. More sociable fairies, called trooping fairies, prefer the company of others. The leprechaun makes shoes for the trooping fairies who dance holes in their shoes in a single night. He also guards pots of fairy gold, ancient treasure and Viking plunder.

The first written mention of the leprechaun occurs in Irish in an 8th century Irish transcription of oral literature. Small differences in clothing are found in the collected stories. The leprechaun wears rough homespun clothes often including a shoemaker’s apron. His cap or jacket is usually red. Red hats grant invisibility, the ability to shift shape or to travel great distances in two shakes of a lamb’s tail. Humans who misguidedly borrow such a red cap experience uncomfortable adventures.

The cluricain is the leprechaun’s cousin.

Despite the family resemblance they are different creatures. The cluricain wears the clothing of a 17th century dandy with a top hat, green suit, and shoes with shiny buckles. The cluricain is more outgoing and frequently interacts with humans. He particularly likes to play tricks. In 1963, the Mad Men of advertising picked the dapper cluricain over the frumpier leprechaun as mascot for a new cereal. They named the mascot Lucky the Leprechaun thereby muddying popular understanding of Irish folklore.

Keep your wits about you if a cluricain approaches. While a leprechaun prefers solitude, the cluricain loves entangling humans in his shenanigans. He’s more likely to hand out fairy money than deliver a pot of gold. He carries several coin purses in his jacket – one for copper, one for silver, and one for gold. Occasionally he carries a fourth purse that can never be emptied. If he gives you some of his fairy money, spend it immediately. At the next sunrise, the coins turn to dry leaves, feathers, or other scrap.

When telling stories, remember that the public is fond of a green-suited leprechaun.  Tell the story well in language your audience understands.  We Irish have a flexible relationship with truth and story.

Who knows?  Perhaps the grumpy leprechaun occasionally dresses up in fancy clothes and goes out for a spree on the town.

Yvonne Healy literally learned to tell stories on the knee of a 3rd generation storyteller and tradition-bearer for Ireland’s Gaelic League.  Her father taught her as his grandfather had taught him in County Cork, Ireland.   Yvonne delivers Irish culture with an American accent as a bi-cultural and bilingual performer at Celtic festivals and events across the USA.  Then she turns around and, with Irish charm, delivers world folklore and spoken word narratives about American life at schools, nightclubs, libraries, museums and conferences.

Visit www.IrishStoryTeller.us to learn more about Irish storytelling and to enjoy videos of Yvonne sharing her passion.