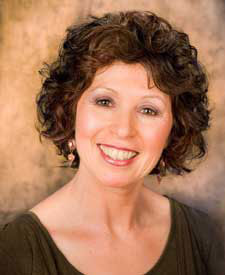 For years I’d been telling the story around the dinner table about my American blind date. But it took me 20 years to craft it for telling before an audience.

Just because something happened doesn’t make it into a story worth telling. To be accessible to others, a story needs to be crafted to serve some connection to the universal. My dinner table banter was somewhat entertaining, but I couldn’t figure out the path to anything meaningful.

Then one day I was diving into the Well of Wisdom that is our storytelling community – talking with the wonderful teller Megan Wells about heroes and fools. She helped me see that when we allow ourselves to be the fool – we raise the potential of a story to offer that valuable universal wisdom that transforms an anecdote into a story.

I was stuck because I’d been telling the “how we met” story about worldly, sophisticated me vs. him, the nerd. But the minute I could laugh at myself, I was able to gain some distance from the events. When I allowed myself to be the fool, the (funnier and accessible) story fell into place.

Noa tells this story in her show “Impossible to Translate But I’ll Try – True Life Israeli Stories” that will be featured at the 2014 NSN Conference Fringe.

Born and raised in Israel, Noa Baum performs internationally with diverse audiences ranging from the World Bank, prestigious universities and congregations, to inner city schools and detention centers. She offers a unique combination of performance art and practical workshops that focus on the power of narrative to heal across the divides of identity. She lives in the US since 1990, was recently voted by Washington Jewish Week as one of 10 most interesting local Jews, and her new recording, “Impossible To Translate But I’ll Try” won a 2014 Storytelling World Award.