A long time ago, I was in a difficult relationship. I didn’t realize how hard it was at the time. He was very smart. He never hit me or my daughters because he knew that would be the end of us. Oh, he broke everything around me and sometimes he held me and stopped me from leaving and he was always getting mad at me and yelling ugly things at me. He got up right close to me and yelled with his spit flying towards me. No matter what I said, it was always my fault. I thought, “Oh, poor guy. He’s so high strung. He doesn’t really mean what he’s saying.”

Somehow I never related to the idea of me being a victim. I was involved with him because he was full of energy and when it was great — oh, it was very great. But as time went on when it was bad, it was really bad.

I considered myself a very strong woman and I thought, “I can handle this man. I will help him change.” What a joke! I learned quite a few lessons in that relationship. Some of them were that I was not as strong as I thought I was and people don’t change until they really want to change.

There was a group of men and women who hung out together who were very close friends. We all made excuses for him. He’s sensitive. He had such a terrible upbringing. He can’t control his alcohol. Oh, yes he drank and when he drank he got very ugly. His face turned red and then everyone KNEW they had better stay out of the way because he might start breaking things. We dealt with his tantrums and his violence or rather did not deal with him. We’d all say, “Oh, he’ll get it together this time. This is the last time.”

He and I were together for three years. During that time we broke up six times. We broke up because of his drinking, because of his temper tantrums. But every time he came back to me and told me how much he loved me and how he would change. I ALWAYS took him back. He was such a sweet, sweet talker. I thought,”Ah, this time it really will happen. He will change his ways this time!” However, the first time things did not go his way and it did not take much, he would go into one of his fits.

He was such a charismatic man. I remember when I first met him. He walked into the room and everyone turned to look at him – both the men and the women. He was around five feet eleven inches tall and strongly built with the most brilliant long red curly hair. He walked with strong steady steps and immediately became the leader of the group. He looked at everyone in the eye and emanated a sexual energy.

I remember thinking, “Whew.” He came over to talk to me and he made me feel as if I was the only woman in the room. He looked deeply into my eyes and stood a little too close so that the heat of his body seemed to go through and around me. All the women’s eyes followed him as he moved around the room talking to different people.

We left the area where we lived and went to Mexico. We thought, ” We’ll have an adventure. That will change everything for us.” We lived in a little tiny village and were actually pretty happy. But all the men kept badgering him to drink. 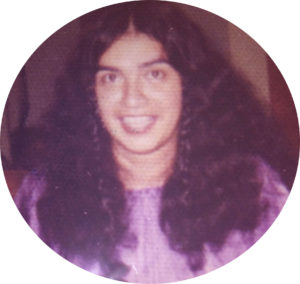 After all, it was the macho thing to do. Finally he drank with them and he went nuts again. He got very violent and started throwing things all around and yelling at me. I sent my daughter out of the room so she would not be part of it. I knew we were in big trouble. I told him either he left the village or I would but I was not going to stay with him there or anywhere else. So he left and my daughter and I stayed in Puerto Escondido. As soon as he left, he started to write to me telling me how much he missed me and how he would change. Anyone notice a pattern here?

My daughter and I had a wonderful time hanging out with the local people and also with a best friend I had made named Magda. She was from Mexico City and lived next to me. We did everything together. In spite of having such a good time, I still corresponded with my ex-lover.

About three months later, my daughter and I left Mexico. He met us at the border. He came up and hugged me and I felt all the old feeling rush back to me. We went back together again. But he was on the way to Ireland because his parents were living there.
They had invited him to go visit them to help him get over his broken heart. I encouraged him to go since he had a ticket. My daughter and I headed back to Humboldt County where we lived. He and I wrote to each other constantly. One day he called and said that he was so lonely for me he wanted to come back. His parents wanted him to stay longer so they offered to fly me to Ireland. So I went to Ireland and we lived there for about four months. His parents and I were very careful around him because you never knew what was going to set him off. It was like walking on eggshells all the time – you just didn’t want to crack anything!

We decided to come back to the United States and we flew to Albuquerque. I got a job as a cocktail waitress and he stewed about finding the “right” job. It began to get bad again. He began to drink again and get mean.

I realized at last that where we lived had nothing to do with our problem, WE were the problem. Finally when we were in Albuquerque after splitting up five times in different parts of the world, he really went crazy.

I went to a friend’s house. He came over there and said, “If you don’t  come back, I am going to kill myself.” He had used that argument before! Then he started saying, “You know, I could kill you. If I hit you in the throat in a perfect place, I could kill you and then I will kill myself.”

I just looked at him and said, “I am not responsible for you and your depressions and your anger. You are! You are not taking me with you!”

He looked at me and saw that at last I truly meant it and he left.

I stayed in Albuquerque for a while. I even got a job as a teacher there. Then I realized I needed the support of friends so I moved back to Humboldt County.

It was then I found out about my secret that I didn’t even know I had. When I returned, I consented to be on the board of the Humboldt Shelter for Battered Women. One day I was at a counseling session for the board members as they discussed battered women and all the different aspects of it. Here I was – so smug, so powerful listening to the descriptions of abusive relationships. Suddenly I heard myself blurting out, “Oh my god, I am a survivor. I am a battered person. I didn’t realize that you were battered if you weren’t hit!”

I didn’t relate his verbal abuse and destroying of physical things as abuse. I had been in denial. I was in a state of shock. I felt stunned and embarrassed. As I read the material they gave us to read, I realized there were many ways to intimidate a partner. If he had hit me, I would have left him in a second. If he had ever touched my daughters, I would have put him in jail. No, he never hit me. He just yelled at me all the time and said mean, vile things and broke things around me. It was a stunning realization.

My work at the shelter helped me see what I had been doing. I heard the many stories of abuse and escape and I really begin to realize what I had escaped. It was a healing process to share my story and hear other women’s stories. Some of the stories were heroic – getting away from physically and verbally abusive men and starting over in a new place. We got to watch ourselves heal – slowly but surely.

I had my daughters and friends again. I began seeing a mutual friend of John’s and mine. John and I were corresponding again. I told him I did not want to see him because it was too painful. After about a year, he asked if he could come up and see my partner and me. He came back and I knew I was truly done.

About two years later, he married a very nice woman. I remember she asked me if I had any advice. I wish I had given it to her, but I knew she wouldn’t listen. My advice would have been ‘Run.”

They were only married for about a year when he had one of his famous tantrums and went after her with a crowbar breaking her windshield. She put him in jail. He called and asked if he could come up and talk to my partner and myself. My partner had been a good friend of this man for a long time. Well, the long and short of it was that he wanted us to give a statement of how kind he was. I could not believe him. I said, “If I write that letter I will take back all of the work I have done. I can’t believe that you are in such denial! No, you go to jail! Maybe it will make you think twice before you decide to get violent again!”

One day he and I were talking and he said, “Maybe, I’ll have the probation officer call you anyway.”

I looked him straight in the eyes and said, “You go ahead and I’ll tell her exactly how it was with you and me. All these years I made excuses for you. But what it comes down to is that no matter what you say your problems were/are, there is no excuse for taking your anger out on other people.”

I later heard that he indeed did go to jail and the woman divorced him. I have never seen him again. My secret is out. The man in that relationship is long gone but the scars remain. Now maybe as I share this story with other people, I can forgive myself for not leaving sooner. Maybe I can forgive myself for having fooled myself into thinking I could change anyone. I will continue reminding myself that there is NO EXCUSE for violence. 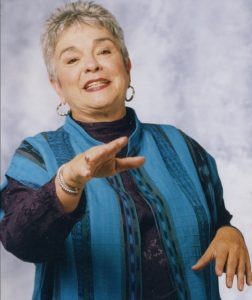 writer and teacher,uses a mix of Spanish and English to share traditional tales from Latin America, as well as stories from her own varied and colorful life growing up in East Los Angeles. Olga uses her voice, body, and sometimes music and dance, to draw her audience into the imaginative and surprising worlds of the tales she tells. She performs and teaches workshops at schools, businesses, museums, and festivals across the country and beyond. Olga was the recent recipient of the National Network of Storytellers 2013 Oracle Award for The Circle of Excellence.
www.olgaloya.com