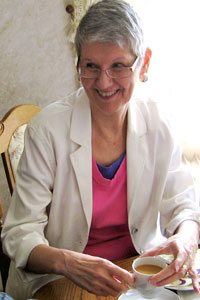 Between “Once upon a time” and “happily ever after,” each fairy tale presents a brilliant metaphor for one stage of life.

In the course of a fairy tale, the protagonist leaves a state of innocence to navigate a path through territory dense with risks and challenges. With courage, integrity, and persistence, s/he prevails to reach the goal. People forge such paths in each stage of their lives, too, and they complete the stage successfully only if they display the same qualities. Psychologist Erik Erikson describes the Stages of Psychosocial Development as: Infant, Toddler, Preschool, School Age, Adolescent, Young Adult, Middle Adult, and Mature Adult.

Fairy tales speak most strongly to persons in the same stage of life as the protagonist. When they don’t seem to “work,” it is often because they are being told to the wrong age or stage of listener. Writer Libby Copeland recently complained in Slate magazine, “I hate reading [fairy tales] to my young daughter. The classic versions are too violent; the Disney versions have bad values.” Aladdin, Snow White, Cinderella? Too violent for her 2 1/2-year-old? Of course, they are! Those classics are for teens and young adults, not toddlers! And the Disney version holds the younger crowd not because the story enchants them but because the production dazzles them.

However, the Disney versions fail with teens. In contrast, teens are awed to discover, for example, Grimm’s original Rapunzel: an abused teenager who finds herself pregnant, an unwed mother who searches for years for her beloved, the father of her twins, only to find he also had suffered as a result of their lust and love. Like Rapunzel, teens feel captive in a prison of their parents’ design; they, too, are dealing with issues of sexuality, love and loneliness. They long for a deep, passionate relationship. “Rapunzel” affirms that such a love can happen, that fulfillment can take a long time, and that love and lust are closely tied–just as teens suspected!

So, how can we determine which fairy tales speak to which audience? The best clue is the protagonist’s age. Listeners in the same life stage will find comfort and hope in that story. Is it about a beautiful princess? Tell it in middle and high schools, where beautiful princesses abound. “Hansel and Gretel”? Tell it to elementary children, sheathed in their nuclear families. Does it begin, “Once there was a King…”? Tell it to middle adults. To craft your tale for its appropriate audience, explore the elements of the story which resonate with that stage in life. Consider the protagonist in light of the conflicts, questions, and virtues Erikson describes for his/her stage in life.

And, what about that “happily ever after”? More than just “The End,” it means the protagonist has accomplished the task for his/her stage in life and is ready for whatever comes next. Isn’t that what happiness is?

While we cannot deeply understand fairy tales set in stages of life we’ve not yet journeyed into, we can certainly enjoy tales from the stages we’ve survived. At my stage, I can appreciate all of them!

Mary Grace was hooked on storytelling when she learned you get more hugs for telling stories than for talking on the radio or writing a book. A Texas Commission on the Arts Touring Roster performer, she tells fairy tales and other stories at schools, festivals, and events in San Antonio and south Texas. Her book Ganzy Remembers was a Banks Street College selection, and her CD “Ghostly Gals and Spirited Women” received a Storytelling World Gold Award. Mary Grace and Megan Hicks serve as Principal Simpletons at the Fairy Tale Lobby, an NSN Discussion Group and communal blog.

24 thoughts on “Our Lives in Fairy Tales”