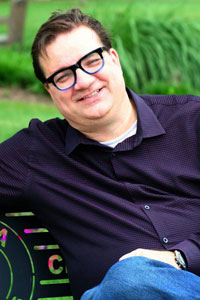 As a storyteller and story crafter, how often have you been working on a story and been blocked in your thinking? When you were stuck, were you alone? This is often the standard practice of the storyteller. We reside in empty rooms, cradled at a desk, writing our ideas to create a tellable story. Even though this can create effective results, it is not the only way to craft a story.

I informally interviewed many storytellers and discovered that they work alone. As they work alone, a number said they first work with printed text before speaking aloud.

I strongly encourage a person to play with a partner and engage in a practice I call “word dancing” or living in the world using playful exercises before cementing a story on paper.   Too often the writing becomes a script before one “dances” with ideas. People become handcuffed to script. Instead of being strapped to the words, consider adding a partner when creating your story.

Noted storyteller Jay O’Callahan once said to me, “storytelling is a lonely business.” It doesn’t have to be. Working with story for over 27 years, 14 of those years touring with teens, I have discovered we learn more about the craft of story when we tell together. This even truer when we build a “not ready” story with a partner.

With my teenagers, we shared finished stories, but more importantly, we played with story ideas and out loud experimented with new ways of creating them. We created “deep listening partners” and eventually those partners engaged in exercises to practice ideas within the story.

In order to become a deep listener, one must continually place the focus on the teller. This is a practiced art. It improves over time and reflection. One builds trust so the play can begin.

I recently taught a workshop in Utah at Weber State University with teachers as we told the story of The Three Little Pigs. However, we told it as homicide and as CSI investigators. With the suggestion of a partner, one teacher concentrated on the smells of the story and in the role detective, she started,

When I arrived, the room smelled musty, almost like deep woods. Upon further investigation, I sniffed and discovered the strong scent of hay…”

The teachers were engaging in role to accentuate the investment in the story and coupling this with showing how using a sense, in this case smell, made the story more significant. With the partner, a frame was created for play with this “not ready” story.

This cannot be easily done writing a story alone.

I was working with adult storytellers on a retelling of Jack and the Beanstalk. One adult asked a listening partner to tell the story from the end point first. He breathed deeply and said,

“The giant was buried here. Jack’s mother looked at Jack and said, “What did this giant do to you anyway?” It was then that Jack felt guilty for what we had done. He took a breath and began to reveal to his mother his part in the murder.”

In play, we grow. Lev Vygotsky, a social psychologist (1978) said in problem-based play, we are a “head taller” when working with others. We need to work with others as we craft our stories. We will be taller in our work.

Play brings people together. It builds new awareness. It shows that story crafting can be a co-creative art.   With a partner, two minds work for the same cause—to better or explore your story development.

I was invited by Pennsylvania Storyteller Stas Ziolkowski to work with his guild using play. He remembers that this work was not common in the guild.

He shares: “Typically when stories are shared at guild meetings, the teller receives comments and suggestions that are almost like a teacher offering corrections on an essay.  The word play approach is not this.  During the workshop the excitement in the room among the twelve storytellers was invigorating.  My own story repeated to me by my partner immediately became more involved.  In one exercise, she ‘repeated’ my story as she ‘heard’ it and new scenes were envisioned. When she finished, we discussed what had taken place and I gained a renewed interest in making the story even better because of the insight offered by my partner.  I could see many sides to the story because my partner shared this with me. As a result I left the workshop with a clearer understanding of the story and with a need for more partner work.”

I am hoping that more guilds, groups, and partners form from combining play and stories. After all, sometimes the play we engage in as a child is as rewarding as the decisions we make as adults. And as Psychologist Jean Piaget reminds us, “If you want to be creative, stay in part a child, with the creativity and invention that characterizes children before they are deformed by adult society.”

I invite you to find that partner and do the serious work of play. You and your story will grow because of it.

Kevin D. Cordi, Ph.D. is a practitioner of play. For over 27 years he has shared his playful storytelling and teaching in over 40 states, England, Japan, Singapore, Scotland, and most recently, in the Middle East, in Qatar. He is a Co-Director of the Columbus Area Writing Project at The Ohio State University, most recently served as Assistant Professor teaching Applied Storytelling at Ohio Dominican University, and the author of Playing with Stories: Story Crafting for writers, teachers, and other imaginative thinkers with Parkhurst Publishers. You can find out more about his playful approach at www.permission2play.com and about him at www.kevincordi.com

Stas Ziolkowski is a storyteller who now resides in Pennsylvania. He has been telling stories for more than forty years as a schoolteacher of science, mathematics, and as a planetarium director. You can reach him at

*Be sure to catch Kevin at the National Storytelling Conference in July where he will further share, demonstrate, and model the combination of partnering and play.