Scheherazade On The Fourth Floor 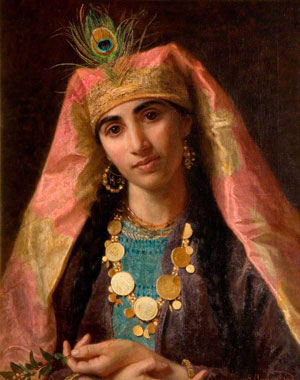 According to the Thousand and One Nights, every night Queen Scheherazade told a story, and every night she stopped halfway through. It would have driven her listeners crazy, but one of them – her husband King Shahriyar – was already crazy; and the other was her all-forgiving, story-loving little sister Dunyazad. The King spared the storyteller’s life every morning because he wanted – he really, really wanted – to know what happened next. He listened as if his very life depended on hearing the whole story, and perhaps it did; for in hearing her tales of kings and peasants, of fortune and destiny, of magic, quests, and lost treasures, he slowly came back to himself. By some mysterious alchemy of art and healing, his psychotic rage abated and his soul found the solace he was so desperately seeking. And this was no short-term therapeutic approach. Scheherazade’s form of narrative medicine took a thousand and one nights’ worth of suspenseful, edge-of-your-seat wonder to mend her listener’s broken soul.

Every week, as the storyteller-in-residence at Baycrest Health Sciences, I visit the 4th floor. The in-patients are, many of them, being treated for severe depression. Baycrest is their harbor, their respite from an everyday world that has overwhelmed them. When I visit, I bring stories and I listen to theirs. I recently told them the story of the shirt of the happy man.

A King had a son who was so sad that all he did was stare at the wall of his bedroom as he lay in bed. (Many heads nodded at this description. “The bed is your enemy,” as one patient said to another.) Finally an old wise woman came to the palace and told the King that she knew what could heal the prince. “Go,” she said, “and search your kingdom for a happy man. Borrow his shirt. When your son wears the shirt of a happy man, he, too, will remember how to feel happy.”

The King left his sick son and began to wander through the land searching for a happy man. He asked the captain of the army if he was happy. “Yes, your majesty,” he replied. The King asked: “Is there nothing you want?”

“Well, I wouldn’t mind being the general.”

“Then you’re not truly happy as you are.” He kept searching. The priest wanted to be a bishop. The merchant wanted to be even richer. He quickly found that nobody was happy with what they had or who they were.

Then one day he came to a forest and heard a man singing. Just on the other side of a large hedge, he could hear someone chopping wood and singing a truly joyful song. The King’s heart beat faster. He called out: “Who are you?” “I am a simple woodcutter.” “You sound so happy …” “Yes, stranger, I am happy. My family and I live here in the woods, and we have everything we need.” “Is there nothing you want or need?” “No, friend, I am content with the life I am leading.” 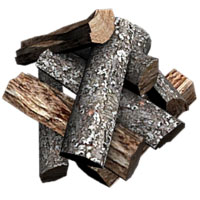 The King was surprised that such joy could exist in such poor surroundings. “Then please help me,” he said. “I am the King and my son the prince is ill with a terrible melancholy. A wise woman told me that only if he wears the shirt of a happy man will he be cured. Can you lend me your shirt?”

The man on the other side of the hedge didn’t answer for a long moment. Then he walked around and stood in front of the King wearing only a ragged coat. “I would like to help you, your Majesty, but I cannot. You see, I am so poor that I have no shirt.”

And this is where, like Scheherazade, I stopped the story. What, I asked my listeners, do you think happened next? What did the King do?

An old Jewish story says that a student once asked the rabbi: “What is the meaning of life?” The rabbi slapped him. “Why did you slap me, Master?” “How dare you exchange such a good question for a mere answer. Answers divide us, but the questions we share bring us together. Hold on to your questions!”

Resisting a quick answer, the group pondered the question at the end of the interrupted story. Slowly, they offered ideas. The King, said one, could lend his shirt to the poor man and borrow it back. Another suggested that the King stayed with the poor woodcutter, met his wife and child, learned how they lived in the forest, and finally took his leave. He returned to the palace, entered his son’s bedroom, and sat for a long time on the edge of the bed. Finally, without asking permission, he picked up his frail, silent son. He was surprised by how light the young man had become.

The group agreed that they liked this way of continuing the story. Someone else added: The King carried him out to his horse and held him closely as he rode into the forest. When he arrived, he handed him to the woodcutter. Without saying goodbye, the King rode away.

And how did the story end that afternoon on the 4th floor?

According to my wonderfully imaginative Baycrest storytellers the King came back about a month later. Even from a distance he could hear something that made his heart lift. There were two voices singing a joyful song. And when he met his son and the woodcutter again, neither one of them was wearing a shirt as they worked together in the forest.

Scheherazade teaches us that stories and life run in a close parallel. Even in the depths of illness, the story-listeners on the 4th floor have kept the spark of imagination kindled and alive. As long as we still want to know what happens next, we have a way to discover and share the meaning of our experiences. We remember that our lives, like a good story, contain sadness and joy, love and loss; and that the important thing is to keep listening, keep wondering what happens next, keep imagining that a future is possible in both stories and real life. That is Scheherazade’s antidote to depression. The queen of all storytellers knew well that storycare is inseparable from healthcare.

Dan Yashinsky is a storyteller, author, and community animator. His book Suddenly They Heard Footsteps – Storytelling for the Twenty-first Century won the 2007 Ann Izard Storytellers’ Choice Award. His most recent book is Swimming with Chaucer – A Storyteller’s Logbook. He works as the storyteller-in-residence at Baycrest Centre for Geriatric Care in Toronto. 416-571-6721