Standing Up While Lying Down

Three days before the only three-day Cedar River Storytellers Festival in Waverly, Iowa, I found I would have to have surgery to check a lump in my breast. I was heavily involved in the planning and the physical arrangements for the festival, was doing one of the workshops, and had many of the out-of-town storytellers staying at my home. I kept up a competent exterior, told no one, and helped with a great festival.

The doctor had said there was no need for immediate action – I could wait until the end of the week. That seemed pretty immediate to me.

The appointment was set for Monday then changed twice. When called for the third change, I said I did not want the appointment changed again. The receptionist became rather snippy and said, “Well, Doctor isn’t like some doctor who just treats colds, you know.”

And I said “Yes, and you know this lump in my breast isn’t like a snotty nose. I don’t want this appointment changed again.” It wasn’t.

I didn’t tell my sons. They had no place else to go with their fears and I did not think I could add theirs to mine and survive.

I didn’t tell my boyfriend.

I didn’t tell the storytellers. I felt I needed their joy and stories more than their sympathy. 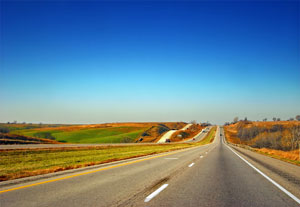 I checked out everything I could on Breast Cancer. I was glad the library where I was director had the latest. It seemed my doctor was doing the most respected current thing. He had explained things to me, had made an appointment for exploratory surgery, and was taking care of things in his mini surgery attached to a full service hospital in case further surgery was necessary.

On Wednesday, three days after the Festival, I took the boys to school and came to work to clear up details and leave instructions. At 10:00 a.m. just as I left to take myself to the surgery, I told my two assistants where I was going and very briefly why. Then I drove the 22 miles through Janesville and Cedar Falls to Waterloo and the surgery.

I registered with the “re-snip-tionist” then waited until the nurse came for me. We went into the mini surgery where I removed my blouse and bra and climbed up onto the operating table. The doctor came in and he and the nurse covered my left side with sterile cloths then he painted my right side with that bright orange, antiseptic, anesthetic ice-cold stuff.

He asked if I was all right and I said if I had known how cold that stuff was going to be I would have taken off my shoes so that I could curl my toes. He laughed and said they could still remove my shoes but then I said, “Better not. I would then have cold feet and we don’t want that.” He laughed again then began to explain the procedures we would follow for the surgery.

Humor and a strong work ethic had provided resilience in the past. Sarcasm was my type of humor. My work ethic was simple; figure this out and get this done. That work ethic was now in play.

A local anesthetic would be used and would be replenished or increased as I requested. I was to speak up whenever the cutting had passed the layer anesthetized and he would inject more anesthesia. I said, “OK” and we began.

It really was a lot like the surgery shown on that military frontline hospital show. When I needed more anesthetic, I raised my hand or said, “That hurts.”

He said things like “Tie that bleeder off.” He used gauze sponges to soak the blood and stacked them on my shoulder for the nurse to remove. He and the nurse discussed plans for vacations and family. I watched and asked questions.

I said “What about an annual breast X-ray?”

He said, “No, that’s not good enough. A year is too long to wait. You must do your own examination every two weeks.”

I said, “How will I know if what I find is scar tissue or a lump?”

He said, “Some scar tissue may form but it shouldn’t be much and you will become familiar with the tissue of your breasts and know when something changes.”

He asked how I was. That was the only time I cried. I really needed to leave and it was difficult to stay. After all, I was not strapped down, not mentally anesthetized, and even had my shoes and most of my clothes on. Still I didn’t have to look too far to see that there would be difficulties with leaving.

I asked how the surgery was going. He said he hadn’t reached the lump yet. I said I needed more anesthetic. I asked how deep he had gone. He said he was just continuing layer by layer.

Then he asked what I did for a living. I said I was director of the Waverly Public Library.

“Do you choose the books?”

“Do you choose the books in the children’s department?”

I said I had a children’s librarian and she did that but that I was the one officially responsible for any choice being within the guidelines set in the selection policy.

He said he and his family believed in and used public libraries but wanted some stuff removed. He said “This is a democracy where the majority rules and the majority does not want that stuff in the children’s department.”

I was amazed and amused and a whole new understanding of “captive audience” swept over me. How far, I thought, would I go with the man standing over me with a knife? He had my life, my identity, my breast in his hands.

Once again, humor and that work ethic came to my aid. Not so long before this, another librarian had asked me, sarcastically, if I had always been a wallflower. I had replied “I had served my time but it was ‘Get tough or die’ time for me long ago and I wasn’t dead yet.” I wasn’t dead yet.

I managed to speak up for freedom from censorship. I said that my own philosophy most nearly matched that of the person who wrote that the poster all public libraries should have on display is the one that said “If nothing here offends you, please complain.” I managed to say that the Library is a place for people to make choices not a place for choices to be made for people. I didn’t manage to say things like it is an informed minority that makes democracy work.

I believe he recognized that we were in a delicate situation on a couple of levels and he began to speak of his children. I spoke of mine, explaining that they were two of the finest young men on the face of the earth. He asked how old I was and I said 42 and he said I was just a kid. That sounded good.

He said he and his family always visited public libraries and loved them but did want that “stuff” kept out of children’s departments. I was able to say that it was interesting that the only complaints I heard were about sex. Any amount of violence and viciousness was no problem. He was quiet.

Shortly after this discussion, he found the cluster of cysts. We discussed surgical details again. What causes cysts? Will they come back? What stitches would be taken? What about the outside scar?

He said fluid filled sacs were part of the natural breast cycle. Whenever another lump was identified; I would have to have the surgery again. X-rays were no help after a lump was identified since they only confirmed that there was a lump to be examined.

He used absorbable sutures inside and stitched his way out layer by layer as he had sliced his way in. He would ask for suture materials and the nurse would clean the incision as he closed. He said he had removed a cluster of cysts and that he did not think it would test as malignant but would have the lab make that determination for sure. I would hear from him within a few days.

He used black string for the surface stitches and said they would have to be removed in about a week. He said there would be very little visible scarring for two reasons. The first reason was that he was good. The second reason was that he had cut on the bias.

He finished the stitches, taped on a gauze dressing, told me to come back in a week and left.

I sat up and asked the nurse to show me the cluster of cysts. She had it ready for the lab in a small container of fluid. The cluster was about one-half inch around and about an inch long. She said she also did not think it would test malignant but that I would receive a report from the lab for sure.

She helped me put on my bra and blouse and I went to the receptionist’s desk where I made the appointment for one week later. I left still painted bright orange from elbow to ear and from sternum to arm pit. 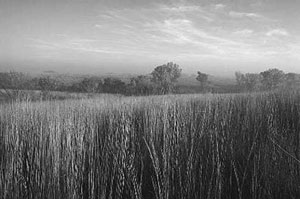 I walked out to my car, drove through Waterloo and Cedar Falls and almost to Janesville before I had to pull over and wait until I stopped crying and shaking enough to drive on into Janesville to eat lunch. It was 2:00 p.m. and the surgery had begun at ll:00 a.m. When I finished a full chicken dinner, the first food since noon the day before, I drove to Waverly.

I went straight to the college campus for my scheduled 3:00 p.m. meeting with the other Festival planners. Before we reviewed the Storytellers Festival, I said “Have I got a story for you…” and shared this one for the first time.

When I shared this story with a larger audience in a storytelling concert, friends and strangers came to me after the concert to express their worries about me. They needed reassurance about my well-being. I added this closure to allay their fears.

Now, I have a thin, silvery, sexy half circle scar and I pay attention to my health.

Sometime later, as after dinner speaker to a group of about 90 women, one came to me as I was fastening my coat, after the program. She slipped one arm into her coat, caught my arm and said softly, “I had mine very quietly today. It was much like yours. I’m so glad you told your story.”

I have shared this story to many groups, often to men and women, because many of us need to know we can face these tests and find some humor even when the subject is possible cancer.

One nurse said, “This is an important story. Women need to know they can speak up.” And a man came to me and said, “You have encouraged me to talk about my prostate cancer treatments. Men don’t want to talk about it but it is life and death. I’m so glad you told your story.”

People leave the storytelling talking out loud about cancer and courage and censorship.

If you need encouragement to find strength and even a little bit of humor while under the surgeon’s knife, l can help. 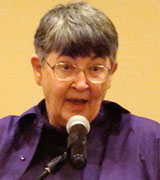 Patricia Coffie was born interested and Iowan. She has followed her interests and her love for the beauty and the rhythm of language to create and share personal stories that allow others to share love, laughter and sometimes tears with one whose heart belongs to the Midwest. Many stay after the stories are over to share their own experiences. Contact: