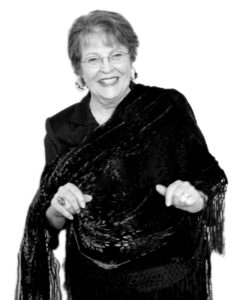 This is a true story that happened in 1957 in North Carolina after the 1954 Brown vs. the Board of Education decision that foreshadowed the end of segregation in the South. But parts of the South would not go quietly and the Ku Klux Klan gained strength. This story is about a young woman and her newspaperman husband who experienced the anger and hatred of that time.

I grew up as a football coach’s daughter which means we never owned a house but always had a big fast car to get out of town. I also was a newspaperman’s wife which took me from a Paris fashion house opening to a KKK rally. These life experiences provided the raw materials for my stories. My background is in teaching, theater, and live television, back when there was such a thing.

3 thoughts on “Clothes, the Klan, and a Close Call”