I use Story as a healing tool within all walks of life. Women in crisis. Prisons. Individuals cowering under the tyranny of domestic violence. Those hollow-eyed survivors of every drug known to mankind. The sick – the weak – the dying. Story is the voice for those who have become tone deaf to their own pain, their own lives.

Now I take no credit for the miracles I witness. I am just Story’s chauffer, transporting a divine emblem of energy and love. Story is love in its purest and most powerful form.

And it is so necessary for those sodden with grief. While there may be many forms of sorrow, the commonality is the ability to tell the story of pain in such a way that someone – anyone – validates what they are experiencing. Which is why I let Story be in charge of choosing those to whom I need to listen – those who are brokenhearted… those who are broken.

There is a particular group of women who seem to find me for healing. Forgotten women. Those whom society says, “When are you going to let this go?” These are the women of children gone too soon. Every story is different, with plot twists and turns. Some women are what you would expect – those grieving from a child who died. A loss that is unrecoverable. But there are deep, silent wounds from those who had miscarriages or who chose to have abortions. Even those who bore children only to place them for adoption (a child never seen and never to be seen). Their stories are just as valid. A true grief tale not rallied around. “When are you going to let this go?”

As a Storyteller and a Shaman, I must allow the grief tale to play out as their own personalized passion play. It becomes a vehicle of truth, acknowledgement, validation and – if the gods are kind – finally reconciliation. I am both observer and participant in their dramatization.

Grieving the Child of Death

This is the most abrupt interruption of life that can happen. It is unnatural in its occurrence, because no mother expects to outlive her child. But by sharing the Story of the child, and all its nuances, their death is subdued (temporarily) for the duration of telling their beloved’s life events. Story becomes the connector to others who have suffered the same loss. The Story is similar – the pain is overwhelming. A community is formed. Not of one’s choosing. Not of one’s liking. But a community that may get them from one hour to the next. I may facilitate at first with healing tales, but ultimately there is a look, a sigh, a wobble in them. And then their own Story begins. That is the way back. One word at a time. I bow to these mothers in honor of their steadfastness.

Grieving the Child of Miscarriage

This is so often minimized by the best-intentioned people in one’s life. Phrases such as, “Well, it’s probably better. There must have been something wrong” are not helpful. This mother is as sorrowful as if that child had been born and died. It is the Trickster Tale of the utmost hurt. For this thief came silently and unexpectedly, stealing what belonged to an almost-mother who now is left with no closure, no evidence, and no gravesite to visit. Often along with the pain is crippling guilt. “What did I do wrong? Is it my fault?” I start the Story with “Tell me about…” and guide them into unchartered waters until the words are flowing. They must paddle through their own sorrow in their own way. I sit in their boat and listen with respect and amazement. I applaud these mothers for their bravery.

Grieving the Child of Abortion

This is the most explosive kind of grief because you have polarized agendas with people lobbing grenades of blame and shame at one end (“Child killer! You’re going to hell!”), while the opposite adversary shouts unkind and unsupportive yammering (“It’s just blood and tissue. It’s not a real baby!”). This is the mother truly trapped in the middle of the battlefield while war wages overhead. Angry, afraid and – often – guilt-ridden, these mothers are afraid to face their story. They feel compelled to either flagellate themselves or to pretend that it was a minor procedure. But when I arrive, Story in tow, their tear-filled eyes tell me differently. Whatever their personal political or religious beliefs, this was a decision not entered into lightly and not without its consequence. Even if abortion was truly the best conclusion for them, it is painful. And so Story gently opens those trapped fears to expel the demons. As a Shaman, we can ritualistically reunite with the child that was released so there can be forgiveness and understanding on both parts. This is a powerful tale of healing and courage. I hail these mothers.

Grieving the Child of Adoption

This mother also is isolated and alienated with bombarding polarized political and religious belief systems. Hers is a true tale of unselfishness. Because the most common answer to, “Why did you give your child up for adoption?” is, “Because I wanted her/him to have a better life.” And it is a story that has layered plots…which can take years to unfold. Judgement reigns from opposing sides with such remarks as, “How could you give up your child?” or “I’ll bet they grew up hating you for abandoning them.” This is the mother of unbelievable grief. Even with perfect clarity as to why the child was adopted, this woman carries a deep Story of Pain that is seldom expressed. How can it be when she is misunderstood and judged? Even when birth mothers are supported their grief is minimized (“That was so long ago. Why dwell on the past?”). So this Story is a gentle nurse, holding those it tends with nurturing arms until the fever breaks. It is a Story told in small pieces, usually. Over a long period of time. A kind of birth, really. I fan the fires while Story gently extracts the truth to be examined and released. I embrace these mothers with love and support.

There is so much more to expand upon with these topics. But this is a snippet of what it is like to help grieving women heal with Story. The narrative they tell themselves, tell me and tell one another is crucial. As always, Story is the way back into the Light and safe haven. Its ultimate goal is loving resolution.

In honor of these brave women whose stories I have been privileged to hear and assist in their unfolding, I offer a tale I wrote a few years ago. If you resonate with it, be blessed. If not, perhaps you can send it on its way with your blessings as a helper to someone, somewhere.

In Sky World a certain Star Woman was blessed with a baby. She loved her Star Child so much and thanked Divine Moon for this kindness. Star Woman nurtured and protected her infant with assiduousness. But, as things happen sometimes, the Star Child became ill and died.

Star Woman was devastated; her light dimmed as she grieved this loss.

She wailed to Moon, “Give my child back. Give my child back.” Moon shrouded her in a net of Love and Light. “You will have another child. But it must first journey to Earth so it can come to you from another dimension. Wait and I will help.”

Moon selected a certain Earth Woman who also yearned for a child. While this woman was with her husband she closed her eyes and whispered, “Come to me, Little One. You are wanted. You are loved. All will be as it should.” In time she discovered she was, indeed, going to have a baby. Her joy manifested into a song. With raised arms, she extolled musical praises to Mother Moon.

The Earth Child grew but this woman sensed something was wrong. She experienced pain and an intuitive unease. The woman brewed herbs. She rested. She prayed. But it was to no avail. Late one night, she lost the baby.

Earth Woman was devastated; her light dimmed as she grieved this loss.

Her husband sent for the shamans, begging them to ease his wife’s pain. But the healers knew there was no medicine, no drum or rattle that could take away the anguish. 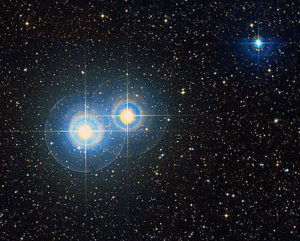 The woman built a fire under the Moon and sang her mourning song:

She studied the velvet crevices of the night sky. Was her child there? A star appeared unexpectedly that seemed brighter each night. It glowed with vibrancy and pulsated in a soothing rhythm.

So with resolve the woman’s mourning song changed: 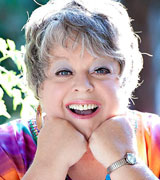 Susi Wolf is a therapeutic storyteller in Albuquerque, New Mexico and specializes in women’s healing within various venues, as well as private counseling clients. She has witnessed the Power of Story and the changed lives of those who listen. She is also a Certified Master Life Coach, EFT-Tapping Practitioner, Intuitive Hypnotherapist, Energy Medicine Healer, Shaman and her heritage is Eastern Band Cherokee/Celtic. Susi’s other endeavors include being a Workshop Facilitator, an Artist and a Writer. She also likes chocolate. www.wolfsongcreative.com and www.wolflifecoaching.com, (505) 881-1220