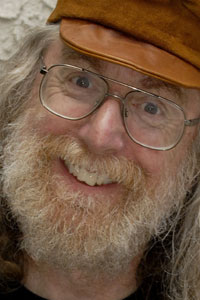 This is a story told in the old-fashioned format of recitation, a story in rhyme, after the fashion of Robert Service or Rudyard Kipling. This form was common stage and home entertainment in the 19th Century before the advent of recordings and radio. It was regular fare in minstrel shows, vaudeville, and English Music Hall, and its better practitioners were well known and sought-after stars. The format has all but disappeared today, and people have forgotten how engaging and gripping it can be when done well.

I wrote this piece. One might say it was a “true fantasy” I had while working my first job after graduating as a Mechanical Engineer. I won’t give the story away, but suffice it to say I worked at Avco Lycoming, and I might have been one of Jake’s junior co-workers on the same project. The scene where Jake first encounters Molly in the story is real. The rest…who knows?

Mike Agranoff comes to the Storytelling Community via the world of Folk Music. There, he’s renowned for the spoken word material he always includes in his musical performances. His signature pieces are his rivetting original recitations after the fashion of Robert Service. But his toolbox also includes true stories, serious and hilarious, poems, and, of course, numerous ballads (in the original sense of the word: songs that tell stories), all honed to performance perfection. He holds a great love of the English language, and an admiration for its skillful practioners.