The Story is Oblique

“It’s no coincidence that just at this point in our insight into our mysteriousness as human beings struggling towards compassion, we are also moving into an awakened interest in the language of myth and fairy tale. The language of logical arguments, of proofs, is the language of the limited self we know and can manipulate. But the language of parable and poetry, of storytelling, moves from the imprisoned language of the provable into the freed language of what I must, for lack of another word, continue to call faith.”  — Madeleine L’Engle 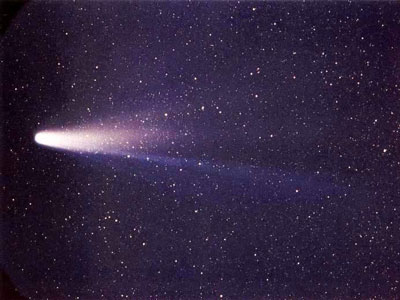 When Halley’s comet passed by all those years ago, my family and I were camped out by the Colo River, with a friend and a telescope, ready to be amazed by the great heavenly phenomenon. If you remember, it was far from an amazing event. A tiny smudge appeared in the sky, mysteriously more visible if you trained your eye just away from it. This is an astronomical truth – that to see an object more clearly, you need to look at it from an oblique angle.

To further the point, before I begin mine, I will use the example of Moses, who stood at the burning bush and, as it says in the Torah ‘turned aside to see it more clearly’ – once again mysteriously suggesting that to see something clearly, you do not look directly at it.

So why am I talking about this? I am indirectly leading you to look at what it is a story does. With the world increasingly presenting us with moral questions and challenging us to reassess our values and beliefs, stories provide a perfect vehicle to respond to the world without being direct.

The last couple of decades I have been increasingly involved with the peace movement, social justice and conflict and prejudice, and have found that I have been most effective when using a story that holds a wide universal theme. It does not threaten or condemn, it is not didactic – and yet is able to travel to the heart of the listener, who may then feel safe enough to transfer that story to their own particular experience. The universal can speak to the particular, and it is in that moment of meeting between the two that something transpersonal can take place.

An example of such a story:

A young boy was walking with his grandfather in the jungle.
“Is it true” asked the boy “that the lion is the King of the Jungle?”
“It is true”, replied the grandfather.
“Then grandfather” continued the boy “why is it that in the stories of men and lions, it is always the man who wins?”
“Ah” said the grandfather “it will always be like that. Until the lion tells the story.”

This is an example of naked truth being dressed in the clothes of parable, like another well-known story.

Naked Truth was feeling sad, because no-one will talk to her, when suddenly she sees Parable, beautifully dressed and surrounded by eager listeners.
“Why do they talk to you and not to me?” Naked Truth asked Parable.
“My dear friend, you are naked! Dress yourself up in my scarf and hat, put my coat on, I am sure they will listen to you, if you do.”
And sure enough, when Naked Truth dressed herself up in Parable, the people were much more willing to hear.

When we speak directly to the issue, we can remove ourselves from the story with our rationale – convincing ourselves that it has nothing to do with us, thereby interfering with the relationship. Nothing occurs, because those particular facts do not apply to me, and besides, facts talk to the head, not the heart. But when great Truth is uttered through the wonder of story– we remain open and potentially self reflective.

Another effective response to the world is through the personal story. Once again, it does not speak directly to the issue, but rather of a moment – a microsecond in time, within which lives a universe. It is the other end of the spectrum, and can achieve the same end.

An example of such a story, one I wrote a couple of years ago….

Yesterday doctors opened my father’s chest and breast bone, reached into his body and held his heart in their hands. There it lay beating before them, as they gazed upon the ungazable. They cut his heart open and removed the valve that was blocking his flow of blood, and replaced it with the valve of a pig. We made many jokes about his unkosher heart in the buildup before the Big Day. We wondered about the kosher implications of a pig’s valve. My father insisted he wasn’t eating it, so it didn’t count.

We went to see him last night, having prepared ourselves for what we would see. “There will be lots of tubes” we told each other, “and he will be very pale”. But nothing quite prepares you for the sight of your beloved in a state of coma, on life support. He looked so vulnerable, so unfamiliar. We held his hand, and whispered that we loved him in his ear, and left. We walked across the park to the car silently, holding each other’s hands tightly, four abreast, marching against the cold wind, an army – linked by common blood and full hearts.

Across the road, I noticed that my car door was open. “Look,” I said to my sister, “mum must have forgotten to close the door.” But as my eyes began to focus I thought I saw someone sitting in the passenger seat. Disengaging from the others I ran across the road, and saw that indeed, a man was sitting in my car. “Hey!” I shouted, crisp and sharp. He jumped out, like a wild foraging animal, disturbed by the sudden appearance of man. “Sorry, sorry, sorry” he babbled. “I was so desperate. Here,” he said, taking my hand, “take it back”. Two five cent pieces and a ten cent piece rolled into my hand.

He was quite beautiful really, my age, with a torn thin checked shirt and tight black jeans. His immediate contrition touched me. Instinctively my fingers tightened on his and I felt the trembling and knew that it was more than cold, it was also the disease of withdrawal. “Its ok,” I said to him, “I understand.”

I understood that he was cold and in pain. I understood that he was so sorry that life had brought him to this moment. His eyes, hooded with shame, held mine. So vulnerable, so familiar. For a moment, the world stopped spinning and all that existed were two pairs of human eyes holding each other. Gazing upon what is so often ungazable, in these cold streets of Sydney. For a moment he let me hold his heart in my hands, and I knew that nothing separated us. His pain was mine. His shame was mine. My fingers loosened their soft grip and as he slipped away, we smiled. Turning back, rather tenderly, almost fatherly he said “lock your car in future.”

Last night they gave my father morphine to numb the pain. The man from the street was probably in some seedy place, administering to himself to numb his own pain. My father is fighting to regain life, to mend his heart; not so different from that man. Both are soldiers on the front line. The doctors removed the blockage in my father’s heart, and somehow I can’t help but feel that this man and I did something similar for each other – something that dwells in the mystery of a moment, when two people allow themselves to be seen by the other.

Today my dad is sitting up, with color in his cheeks, making jokes about mobile phones and his pace maker. Last night, as I drove away, I saw that man standing at the lights. I noticed he was standing tall with his head up against the light pole, looking at the stars. I knew how he felt. My heart was hopeful too.

Such a story may find its way into the listeners’ heart. It may stir some rusty memory that transcends the fear we all harbor against the stranger, against the unknown, which makes us harden our hearts and forget that suffering is human, and that compassion for each other was what can save the world. The personal becomes the universal – and in that moment where one meets the other – lies the potential for transformation.

Is that my job? To jog the memory? To prod the heart into action? To provide the landscape of a greater world beyond this small existence that we clasp to ourselves and guard each day? I think it is absolutely the job of the storyteller. Through the universal or the personal, with that mysterious oblique quality, story can speak to the issues that face us all. The world needs her storytellers now more than ever.

As one of my favorite philosophers, Hannah Arendt once so eloquently said, “Storytelling reveals meaning without committing the error of defining it.” 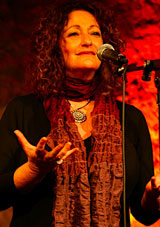 Donna Jacobs Sife is a writer, award-winning storyteller and peace-worker. Her considerable international reputation is built on her capacity to bridge difference – be it within our societies, our communities or ourselves. For nearly two decades she has travelled widely throughout the world teaching and telling stories. She uses her talents to enlighten and enhance acceptance and understanding within and between the people she touches. In 2012 she was awarded Ambassador for Peace through UN, and received the Living for Others Award. Her CD Living in Harmony won the World Storytelling Award 2010. www.donnajacobsife.com