The Upside Of Alzheimer’s

A Message of Hope 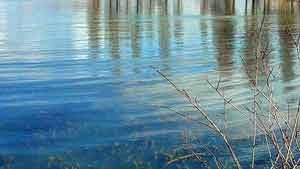 There is a large and growing number of adults engaged in the care of older individuals, often their parents, suffering from Alzheimer’s and other forms of dementia. At the same time, caregivers may also be called upon to examine their responsibilities in light of parental relationships seeded with unhappiness and perhaps pain.

I believe that every one of those caregivers is hungry for some sign of hope regarding the illness’s dark future. Storytelling is one way to carry a message of optimism and encouragement to caregivers who – to a person, I believe – carry within them the potential to entertain the twin angels of peace and reconciliation regarding a parent whose world is collapsing.

The following story offers such a message of hope. “The Upside of Alzheimer’s,” which I told for the first time to an audience of 200 earlier this year, has elicited a deeply emotional response and, often, tears. While some listeners have congratulated me on reconciling with my mother – even very late in her life, on an Alzheimer’s ward – the words that I’ve found most rewarding have been along the lines of, “I was about to just give up on my mother. But having heard your story, I think I’ll give it another try.”

Although six years elapsed between my mother’s death and the first performance of this story, the telling has proven to be an unplanned and unanticipated gift. It has lifted me up and cleansed me, providing the final step in healing a profound and painful relationship.

The Upside Of Alzheimer’s

I might have had a happy childhood, if I hadn’t been raised by a velociraptor. Remember Jurassic Park?

By the time I visited Mom in her independent living apartment in 2008, I hadn’t been home to Snit Lake, Wisconsin, in 10 years. Why? Afraid of my mother.

But I wasn’t with her two hours before I saw the state of things: namely that her dementia had progressed to the point where a disaster was already in the mail. She couldn’t possibly keep living alone.

So, I needed to make a decision. On the one hand was our history, my mother and me. I was the fourth child, the unexpected child, the mistake. Just when my Mom thought she was going make a clean getaway into menopause, I showed up. And believe me, I paid for it.

There were accusations and humiliations, screaming. I wasn’t allowed to even look at Mom during these rages, much less defend myself. Once I even jumped off the second story porch to get away from her. I had aimed for a bridal veil bush to break my fall but I still ended up bloody. There were the slaps, shoves. Mom threw me against the wall, threw things at me – canned goods, plates. If Mom had connected with one of those cans of Dole pineapple I would be standing here today, well, dead.

So, now it’s 2008 and its decision time. On the one hand, was that history. On the other hand, she was…my mother. So, I decided to move in.

I went back to Washington State where I was living and broke the lease on my little resort cabin on Puget Sound, left my job on the Indian reservation and loaded up the dog and whatever I could cram into my Toyota Matrix.

Actually, all of my stuff couldn’t be crammed into the Toyota. So here’s the image: me burning out of the driveway pre-dawn, my car jammed to the gills with my stuff, and one rear car door actually hanging open with my belongings dribbling out on the highway. I pulled over and closed the car door at least halfway, securing it with the cord of a floor lamp.

As hasty departures go, it was one of my classics. My sweet old hunting dog Maggie in the passenger seat leaned over and pressed her head so hard on my shoulder that it hurt. I had to listen to her thinking, “Oh My God, Oh My God, Oh My God” for 2,500 miles. So say we all. But I kept going. It was November and I was in a hurry: I needed to get up and over the North Cascades Mountains before the highway patrol closed the passes.

Skidding back into Snit Lake, I went to my mother’s apartment and realized that I was in a place I had never wanted to be again: right in the eye of the storm, a storm who yelled at me and barricaded the apartment door and locked herself in the bathroom. I settled into the role I’d had as a child – the very good girl – not because I was virtuous but because I was afraid to be anything else.

But, within a year of me moving in with Mom, her Alzheimer’s had progressed to the point where even my live-in care wasn’t enough. And, my dog – who was the closest to me of anyone in this life – had died. It was time for a transfer to assisted living, which was a single private room attached to a nursing facility. I slept on my mother’s sofa.

Have you ever wondered what it is really like to live in a nursing home? Try moving in. Technically, I was living in my car, and sometimes sleeping in a La-Z-Boy recliner at a therapeutic riding stable where I was doing volunteer fundraising. But I was there on the unit each evening for Mom’s supper, TV, and bedtime. Then I would take up my position on her sofa, reading and sleeping for a few hours before my pre-dawn departure.

The nursing home came with one significant benefit: a hundred acres of forest and waterfront on a big beautiful lake. Few people visited the shorefront, so I essentially had the woods and water to myself. What a gift, a life preserver cast onto my troubled waters. For some people, there is great healing in nature. I am one of those people and Wisconsin is a great place for it. 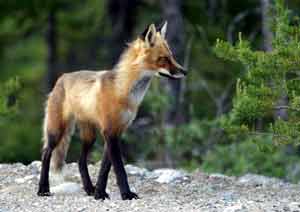 So while my mother was back at the home accusing people of stealing from her, I was down by the lake, fishing for small mouth bass. On the nights that the walls of my mother’s room with its locked windows and relentless hall lights closed in, I would take my car down to the lake and sleep there. The things I saw and heard: the promenade of 42 painted turtles from the bog to the lake during egg-laying, the sandhill cranes in their wedding dance, the biggest reddest red fox I had ever seen, the great horned owls sending their eerie calls out across night, the good mother doe carefully guiding her spotted twins across a road, the bluebirds, the snapping turtles. Each encounter felt like it came with a Post-it note from God that read, “Look at this! It is my sign that all will be well.”

That kind of close look at life on the ward teaches you three things: how much the staff cares, how hard they work, and that there are not enough of them. You will also notice that, outside of some holidays, there are few visitors on the assisted-living and Alzheimer’s wards.

I do remember one almost-familiar visitor. He blew onto the assisted-living ward like it was Six Flags, smiling and talking. I was spooning pre-chewed something my mother’s mouth. I didn’t recognize him but he recognized me (high school?) and he yells, “Janice, what are you doing here?” I say, “Listening to my mother’s cognitive structures collapse. You?”

Soon, my Mom was approaching 92 and I had basically been living in her back pocket for a year and a half. Despite the healing properties of crappies and Canada geese, I was festooned with stress symptoms, everything from anxiety attacks to grinding my teeth. I even bit my dental night guard in half. My mother, on the other hand, was in some ways doing better than I was. She had people scurrying around taking care of her needs.

And, Mom still had odd bouts of clarity. For no reason that I could see, every once in a while she would slip into reality like a minnow into a net. On one Sunday drive and said, “Remember when that swarm of bees showed up and parked in our lilac bush?” It had been remarkable – thousands of bees so tightly clumped that they were like one throbbing organism. My mother replied, “The apiarist who came to get them said that they had come un-hived.” Apiarist? Un-hived? I hadn’t heard my mother speak a complete sentence in days and now she was recounting details of the story that I had forgotten.

A couple of weeks later, one of my mother’s fellow patients said to Mom, “I can’t remember anything anymore. I have no memory.” And my Mom said, “Take mine. I’m not using it.” 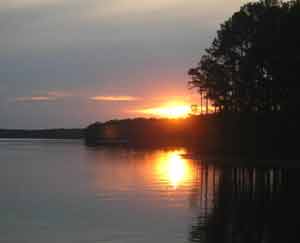 I didn’t realize then that a turning in the road was ahead. By this time, Mom was on the Alzheimer’s ward and was confined to a wheelchair. One evening, as we waited for Mom’s turn to be wheeled down the hall to her room, we sat together in the darkened community room, in front of the black TV screen, the last of the sunset fading into the forest. I was exhausted, we were both half-asleep, our heads tipped toward and resting on one another.

From that moment, Mom and I entered a golden land. We became children together, very little talking but lots of hand-holding, hugging, kissing. We were in a world beyond words – since Mom was kind of beyond conversation at that point – and beyond memory, since my mother was in the process of forgetting everything. She forgot that she wore glasses, she forgot that everyone was stealing from her, she forgot that she had grandchildren.

But here’s the upside of Alzheimer’s: she forgot that she hated the sight of me. She forgot the long list of my sins for which she needed to punish me. And I forgot to be afraid of her.

My Mom passed not long after. But I am so grateful for that upside, that second chance, at loving each other. 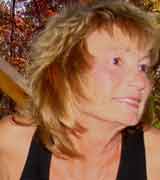 Jan Turner has been telling stories for more than 35 years, using the power of narrative in executive positions at four universities and four nonprofits in five states. Jan has published more than 150 articles in USA Today Magazine, Chicago Tribune, Christian Science Monitor, Wall St. Journal and elsewhere. She is the founder and executive director of Remembering Forward: Stories in Motion (www.rememberingforward.org), a storytelling project with a special focus on “taming the trauma story.” Fiscal sponsor is the National Storytelling Network. Inspired by more than a dozen years of advanced studies in intercultural communication, Jan has been a solo traveler from East Africa to the Tibetan Plateau. She lives in Athens, Georgia. Contact: