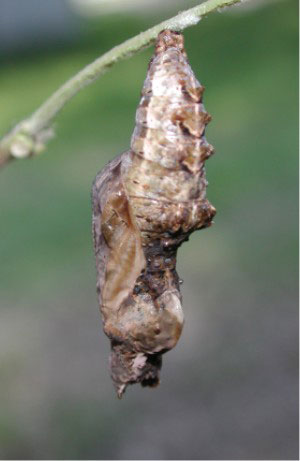 This is the story of a miracle.

My sons found a caterpillar on a stem and brought it home. They wanted to see the butterfly.

We put the caterpillar and the stem in a gallon jar and punched holes in the lid. We put that in the garage where the caterpillar finished forming his rigid case and could endure the freeze and thaw cycles of the normal Iowa fall, winter and spring.

In the spring, as I put the garbage out one morning, I saw a movement in that all-but-forgotten jar. I took the jar to the sunshine of the back stoop and called my sons and their friends to watch.

They saw the butterfly and, I hope, some of the miracle.

A wet and woody looking thing struggled free of the old enclosure and crept down the stem. Then—it did not so much unfold its wings as pump them up with fluid the way the science books say, as it seemed to serve as the gathering point for the brilliant bits of love and life and wonder in the sun-filled air around us. It became a living collection of that love and life and beauty.

We took it back to the meadow and set it free.

Years later, as my sons and I tried to understand my father’s illness and approaching death, I told them stories. I told them about when their now silent grandfather had been my laughing, singing Dad. I taught them the songs he loved, “The Little Brown Jug,” “The Man on the Flying Trapeze,” and “The Yellow Rose of Texas.”

I told how their now almost completely paralyzed grandfather had been able to hang by his heels from the same tree limb us kids played on. I told of his one-legged deep knee bends. I told about the time when he lay on the floor with his arms outstretched straight from his shoulders, palms up. Then John and I each sat on one hand and he lifted us high above his chest.

And I retold the story of the butterfly. 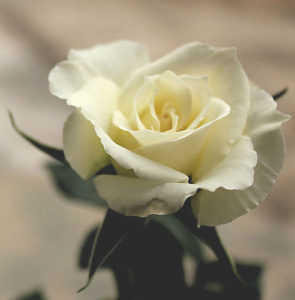 My Dad, I said, would some day be free of his rigid body and be able to be again part of the free-flowing love and life and beauty we saw around us that day with the butterfly.

Dan, who was 11 by then, said he thought death was like another dimension or another room–we cannot get there while we live but when we die, we know the way.

Chris, who was 7, said, “I understand about the butterfly, Mom. Honest, I do. But maybe Grandpa will only get to be a mosquito.”

Indeed my Dad had grown twisted and shrunken in his rigid case. It wasn’t as simple as the medical books said, “pseudo-bulbar palsy with Parkinsonism secondary to cerebral atherosclerosis.” It was difficult to believe he could ever be free. His mind and heart remained loving and too wise.

When he died, we took our own goodbyes. We took three yellow roses for one of his favorite songs and because yellow roses say goodbye.

We decorated the rose bouquet with tiny American flags Chris had saved from the Fourth of July because, Chris said, these would be to celebrate Grandpa’s freedom.

And we took a golden butterfly. 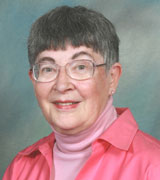 Patricia Rose Ballard Coffie was born interested and Iowan. Her family is Iowan on both sides back to the 1840’s and she tells her stories of them and of her own life. These stories are filled with love and laughter and sometimes tears from a heart that belongs to the Midwest. Patricia is the author of Storytelling Magazine Index 1989-2013 with Storytelling World beginning 2000. She received the National Storytelling Network ORACLE Award for Distinguished National Service for this gift to the storytelling world. (319) 230-0659