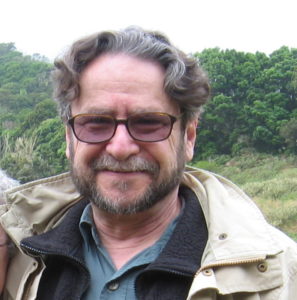 For tellers today, traditional tales are like a form of classical music. The patterns are known and resonant. In so many ways our work will naturally – whether we know it or not—reflect back to these oldies and goldies. Forty years ago when I was training as a mythopoeic literary critic I understood that such tales are the building blocks of the imagination. Shakespeare knew this. He took known tales and reworked them so that audiences would find new depth and new satisfactions with these old narrative modules. Such tales have a potentially seminal role in the repertoire of modern tellers as well. All stories syncopate against or play with ancient structural patterns. There are no new tales, just new ways to tell the patterns already woven into our psyches. The more familiar we are with story-tradition the potentially freer (and more resonant) our tellings. We are always working within a lineage of tale-telling that extends easily back 40,000 years – whether we know it or not.

But with this recognition comes a host of questions. What are the duties, obligations and rights of such tellings? Where do issues of universal imagination and specific authenticity, fit in? Who owns traditional tales, and what is legitimate for us as literate, mostly urban, tv, movie and book imprinted tellers to do with them without violating the bonds of story-ethic? Is a story once removed from direct oral experience (published in a book or magazine) fair game? It’s not just whether a white urban teller can recount a Zuni or an African tale. It’s also – can an Irish teller tell a Japanese one, Asian tellers, Islamic ones? Or how about – can a Christian teller legitimately tell a story from the Torah (meaning anything from the Old Testament!). Or can a Native American storyteller use an Italian tale? Can a Black teller tell a Jack tale? How much do we trust the imagination and depth of the teller, and how much the rules of village storytelling? (I.e., so and so’s family owns that story.) Or genetics? (I.e., Native tellers should tell native tales, Irish, Irish, Jews, Jewish, etc.) How far do we want to narrow the limitless ability of the imagination to become – anything? Would we want to say that a woman shouldn’t tell a story with a man in it, or man tell one centering on a woman? Should Eric Clapton not play the blues? How about Shakespeare – how can he be Othello, Cleopatra, the King Lear, and the confused university student, Hamlet?

If this remains unresolved, the problematic result is a split in future festivals, with personal, sentimental tales on one side, and ethnic tellers on the other — and in the middle, a no-man’s-land of myth-oriented, traditionalist, (but not traditional), tellers.

My own experience lies here – as writer and teller. Growing up Jewish, married to a child of Holocaust survivors, with a father who flew search and rescue over the Himalayas (China, Burma, India) in WW II, and relatives coming from Russia, what are my “traditional territories”? My mother read Grimm’s Tales to me when I was young, so I grew up with them as “my” stories. My first books were Greek Myths and Arthurian Tales. Grown, I studied myth and literature. I’ve told stories in Native communities, (I was invited back to Zuni – one of the most traditional – for twelve years) and for forty years have been a practitioner of Zen Buddhist tradition, under the guidance of important elder teachers and was recently ordained, able to now legitimately teach aspects of the tradition – which I do – in traditional Buddhist contexts, telling and commenting on Buddhist tales! So I am an urban, white, Jewish, Russian, 2nd generation immigrant, Grimm’s and Arthurian imprinted, literate and literary traditional (or more accurately, traditionalist) Buddhist storyteller and teacher. What stories do I have the right to tell? Jewish and personal? Jewish, personal, and Buddhist? (Which means Japan, China, Korea, Tibet, Southeast Asia, India). What about my literary background? And what about my experiences with Native communities and with meditation experiences that connect with Native insights? (I have a Zuni friend who has been posting Buddhist material on FB. Can she now tell Buddhist tales? Who would make that decision? What’s “authentic”? How would that function in non-traditional settings for non-traditional audiences? Would questions like – was it a good story? a well-told one –more likely come into play?)

Where do you stand with all this?

Hmm. Maybe we should talk.

Time, Newsweek, US News and World Report, and USA Today have cited Rafe Martin’s work, which has received multiple Parent’s Choice Gold, ALA Notable, Anne Izzard Storyteller’s Choice, and Storytelling World Awards. Rafe has been featured at the National Storytelling Festival, the National Institute, the International Storytelling Center, the Joseph Campbell Festival of Myth and Story, American Zen Teachers Conference, American Library Association, International Reading Association, Zuni Pueblo, American Museum of Natural History, NASA and Greenpeace — to name just a few, as well as at thousands of schools and libraries. His latest book, Endless Path, won a 2011 Storytelling World Award. Rafe is glad to still be around, telling and teaching about the glue that holds us together – stories!

16 thoughts on “Traditional Tales and the Modern Teller”