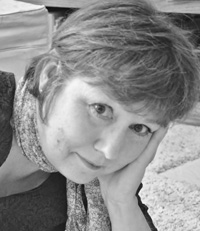 I began my Heroine’s Journey when I started my Master’s program at the University of Minnesota in 2000. I had worked for many years in business and achieved all my goals. Still I was not happy. I felt incomplete. I started in the Human Resources program. I lasted four classes. I switched to a liberal arts program that allowed me to develop my own course work. It took me five years to complete my Master’s – a hybrid program of story performance and class work. This method is not for everyone, but it was what I needed to become whole. The stories I worked with were: Across the Tracks, Grendel’s Mother, and Grimm’s Handless Maiden. The first two stories were of my own creation about women trying to figure out life. The first story is redemption, while the second story is a tragedy. Both have elements of the Heroine’s Journey. The third story is a folktale that follows the Heroine’s Journey to a tee. Handless Maiden has become my guide for life. Whenever I’m in trouble times, I look to this folktale to get me through. It hasn’t failed me yet!

I’ve been working on a fictional tragedy based on a 1940’s gangster’s moll known only as ‘Doll Face’. Doll Face wants out of the mob, but she knows too much. She also knows that she will be killed if she slips out of town. She sees no way out so she commits suicide by jumping out the penthouse window.

I asked my friend to read a draft and the reply came back, “I want her to win and not die!” So I put the question out on Facebook … “Which do you prefer: Tragedy or Redemption?” The Facebook response was unanimously for redemption.

Now I have two endings: 1) Doll Face commits suicide and 2) she elaborately fakes her death for the mob and escapes back to the Midwest to live happily ever after with family.

I like an occasional tragedy. I love the original Brother Grimm’s folktales. I like when everyone dies of despair. This kind of story shows me that my own life is not so bad that I need to be depressed.  But I have to admit that I liked creating the redemption ending. It was like a mystery unraveling as I pieced together hints in the original story to get to the point where Doll Face could achieve her goals of getting back home – and not via a casket.

I think it is why I push so hard for the Heroine’s Journey to be known. The true Heroine is a troubled person with what seem insurmountable obstacles to life happiness. She is wounded, separated from loved ones, betrayed by those she trusted, and frightened. She must endure forced solitude to figure out how to mature – to be his/her own person. If the heroine follows the journey to fruition, the person becomes fulfilled and whole.

Barbara Schutzgruber, award winning storyteller from Michigan, and I are presenting a workshop at the National Storytelling Conference in Kansas City, 7/30-8/2. Come to hear how the Heroine’s Journey can enrich your stories and your life.

Dorothy Cleveland is a 20+ year veteran of storytelling for adults. She recevied training at Metropolitan State University and the University of Minnesota where she received a Masters in Liberal Arts in Leadership for Women Through Story. She currently is the creator of FolktalesRising, a monthly venue encouraging storytelling and traditional folktales. Contact email: .

1 thought on “Tragedy or Redemption?”