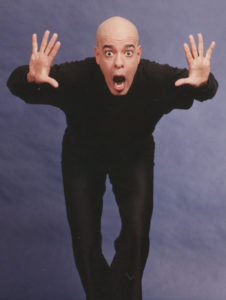 I am a teller who comes from a silent tradition. Once, all I did was tell through body language as a mime artist. One of the most important aspects of this silence performing art form is the transition. The ability to transition well from one part of the mime piece onto another is very important and often the most memorable part of a production. Writing and creating a scene is very important, but how to bridge one silent scene into another requires a lot of care and attention. Also, as the mime changes from one character to another, those transitions are very important and must carry the intent and essence of the characters and the scene being played. All in all a mime artist will spend a lot of time fine tuning such transitions.

Later on when I started to tell verbally and incorporate mime into the verbal narration I could not help but pay attention to the transitions. They are, in my humble opinion, also very important for the verbal narrative. The vast majority of tellers will practice the delivery of the words, visualize the imagery and pour a lot a creativity on the telling of the story, but then forget about how to eloquently transition from one image to another, from one scene to another. That empty space on the page, that gap between one mood to the next, is where the magic is for me. That is when a teller becomes an artist, a creator. That empty space can become the most interesting part of the story. Just like in the mime piece, you can transition not just between scenes but also in between characters.

I call them eloquent pauses. A pause because there are no words there, eloquent because you sustain the mood and intention of the previous moment and blend it into the next with perhaps just a slight glance, or even a light movement of the arm.

One does not need to be a movement artist in order to work with transitions. All one needs to do is be aware of the slight change in mood and intention and spend some time reflecting on how that can affect the telling of the story.

Antonio Rocha, a native of Brazil, began his career in the performing arts in 1985. In 1988 he received a Partners of the Americas grant to come to the USA to perform and deepen his mime skills with Master Tony Montanaro. Since then he has earned a Summa Cum Laude Theater BA from USM (University of Southern Maine) and studied with Master Marcel Marceau. Mr. Rocha’s unique solo shows of stories and mime have been performed from Singapore to Hawaii and many places in between including 14 countries on six continents. Some of the venues include The Singapore Festival of the Arts, Wolf Trap, The National Storytelling Festival, The Kennedy Center, The Smithsonian Institution, The National Geographic, The Tales of Graz in Austria, Dunya Festival in Holland as well as many other Storytelling Festivals and educational institutions around The USA. Antonio has some fun and award winning DVDs and a brand new picture book.

2 thoughts on “Transitions in Eloquence”