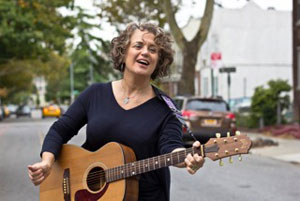 Once upon a time, my love affair with the canons of world fairy and folk tales was easy. I simply told the stories -of faraway princesses, kings and magical creatures, of transformations, possibilities, journeys, struggles, hope, and courage – and found the magic and justice within.

But as the world around us changed, first abruptly then steadily – 9/11 and its aftermath, the growing concentration of wealth in the hands of the few, the economic downturns and the serious job loss, the Occupy and the Black Lives Matter movements, the failure of governments to act for the good of their citizens, etc. – I was shaken out of the complacency into which I had fallen. I could not help but examine what I was doing and what I was saying.

Believing in the importance of the words and their symbolism, in a time of untrammeled greed could I honestly tell of kings and queens without flinching? Why did so many stories end with the young man or young woman marrying the ruler or ruler’s proffered child, and joining that higher status/class? And what about the people left behind? As for gender– what is the role of women in these tales and can I stand one more story of an abusive wife?

And last but not least: I am a stepmother – I know from experience there was a backstory that was not being considered!

I had to figure out – how do I find the wisdom in tales whose societal structures are anathema to my beliefs? Does my acceptance of these stories constitute approval of the class systems therein? Am I then projecting that approval to my audience?

Here’s what Carl Sandburg said about his fantastical Rootabaga Stories. From the Huff Post Books of Oct. 12, 2012:

Sandburg had read Hans Christian Andersen’s fairy tales and was familiar with the classic fables, but he had no interest in stuffing European tropes into an America mythology. “I wanted something more in the American lingo,” Sandburg told Karl Detzer in a profile. “I was tired of princes and princesses and I sought the American equivalent of elves and gnomes.”

Stories do not exist in a bubble. They are microcosms of the mores, sociology and belief systems of the period of their creation or their collection. Imbedded in the narratives are the status and power relationships normative at the time. The stratification was not just symbolic, but real. Kings were kings, with all the power inherent in the position Peasants were lowly. Animals were lower still. Society has always been stratified, and still is.

Since status and power relationships were at the heart of my problem, that was where I decided to start.

David Mamet always said, “Acting is living truthfully under imaginary circumstances.” What is the truthful relationship of pauper to king, of queen to Lord Mayor? And what, as storyteller/creator/artist/visionary do I owe to my listeners?

And that, dear friends, is the reason I created the” Ladder of Power”. It is a simple graphing tool to lay out the story in terms of status and power relationships – to embrace, not ignore, the realities of everyday life even in the most fantastical of stories. You can think of it as a diagram, but in ladder form.

Think of a ladder with multiple rungs. King on top. Queen below him. Prince below her (until he gets to be king and then he trumps his mom.) Princess below him. Then the lords and ladies in order of their title. Then commoners, in order of the status of their profession. And don’t forget – women are always below the men.

Does the LoP answer all my questions? Not fully. But it does provide an unvarnished look of at the status and power relationships in a story. It reveals the characters’ motivations and needs and makes them more real, more human, more necessary – in a time different than but not so different from my own.

Does this take the place of other strategies you use to dissect your stories? Does this negate symbology or Jung or Campbell or good and bad or…? Of course not! It is just one more tool you can choose to use when you work. Has it changed the way I tell stories? Of course, though not in the ways I expected.

Are you interested? So come take a look at The Ladder of Power workshop at the NSN Conference in Kansas City on Saturday morning, August 1st, at 9:00 am. Add your voice. Let’s talk. What do you think?

Award winning storyteller Robin Bady performs and teaches throughout the United States and Europe in venues large and small. She partners with cartoonists, violinists and instrument builders and other storytellers. She is the producer of the BADYHouse Storytelling Concerts, a monthly series featuring four performers telling long stories in her living room in Brooklyn. Her obsessive passion,“as told to” ghost stories, is slowly morphing into a book. She is the recipient of the JJ Reneaux Emerging Artist Award and the Oracle Award for Leadership and Service for the MidAtlantic Region.

9 thoughts on “Why question authority? Why not?”