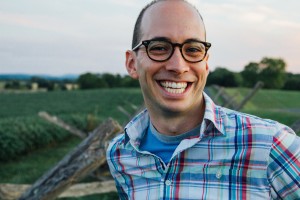 Booth discussed Appalachian dialects and accents and how they can enhance storytelling. An accent with a unique rhythm unlike anywhere else in the world, Booth said, is one of the most essential defining traits of Appalachian culture, people and their roots in storytelling.

“A lot of people fall into a standardized way of speaking with their rhythms and accents, but in Appalachia, we don’t hear that as much,” Booth said.

The reason for this, he said, is related to Appalachia’s long-standing tradition of adapting to the area one lives in and growing to speak like the people living there.

“Appalachian dialect is so descriptive, it’s really unlike anything else in standardized English,” Booth said.

Having analyzed hundreds of recordings of Appalachian children freely telling any stories of their choice, Booth said he realized Appalachian dialect often contains rhythms like those present in popular music and poetry.

Appalachians should never feel ashamed of their accents, he said.

“Appalachians, if you grow up and feel the need to leave this place for whatever reason, never feel pressured to lose your accent,” Booth said. “There is music, poetry in the way you speak.”

Logan Rose, a first year Yeager scholar, said he was intrigued by the originality of the stories and ideas Booth spoke about.

Rose said he was fascinated by the way Booth used accents and rhythms to contribute to the feelings of his stories.

“I appreciated what he had to say about the importance of Appalachian accents,” Rose said. “I think our accents are an essential part of our culture.”

Rose said Appalachian storytelling is influential and important because it represents a distinct part of American culture and society that is often misunderstood and overlooked.

“No one should be ashamed of their accent or heritage,” Rose said. “Where we come from is a part of who we are, and we should try our best to never let go of that.”

Booth said many people frame Appalachians as ignorant because of their dialect, but there will always be people with criticisms and complaints no matter how one speaks.

“We should be proud of our accents and embrace where we come from, because it really is a thing of beauty,” Booth said.