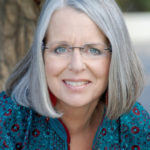 Two years after joining NSN, I responded to the letter inviting storytellers to visit China on a Storytelling Tour. On that tour I met Judith Heineman and spent the next three years learning the stories I heard bits of in China, writing an anthology of those stories.

In 2010, I attended my very first NSN Conference in LA. I met so many wonderful people at that conference, some of whom helped me with my writing. In 2012, I was looking for a publisher, and Judith mentioned to Ted Parkhurst that I was writing an anthology of Chinese folktales

That summer, I doubled the size of my manuscript, changed the title to Old China through the Eyes of a Storyteller, and attended the Global Storytelling Institute at ETSU, which was put together by SHE, the Storytelling in Higher Education special interest group. In September, 2012, I submitted my manuscript to Ted, which he published in November, 2013.

NSN changed my life as a storyteller.  Although the 2012 NSN Conference was only the second one I attended, I felt like I was coming home.  I am an artist and what I do matters!